The win saw DHL Stormers move up to second place on the league table with 17 points from their five games, still two points behind leaders the Vodacom Blue Bulls who had a bye this weekend.

The first half saw a tight arm wrestle between the two sides, with the home side eventually edging ahead to lead by 13-3 at the halftime break.

However, some enterprising play by Springboks Warrick Gelant and Damian Willemse - combined with some powerful scrumming in the second half, - secured a convincing win for the home team and a second loss in a row for the team from Bloemfontein.

Scrumhalf Herschel Jantjies gave the Cape side the start they were looking for when he darted through the smallest of blindside gaps to score the first try of the match, which flyhalf Damian Willemse converted (7-0).

The home outfit then managed to pin the men from Bloemfontein in their own territory for much of the first half, going close to the try line on several occasions. Their efforts were rewarded when referee, Marius van der Westhuizen, awarded a penalty for offside play, which was easily slotted from close range by Willemse to increase the lead to 10-3.

However, the Free Staters always looked dangerous with ball in hand and they tested the home defence with some typical counter attacks. One of these attacks caught the home defenders offside, allowing flyhalf Tian Schoeman to step up for a successful penalty goal for their first points on the scoreboard (10-3).

However, the last scoring opportunity of the first half belonged to Willemse, who nailed a beautifully struck drop goal from 45 meters out to restore the DHL Stormers’ 10-point lead at the break.

Shortly after the restart, Schoeman kicked his second penalty goal, but the DHL Stormers hit back immediately and impressively when the lively Gelant launched a great team move which ended in a try for No 8 Juarno Augustus. Willemse was on target with the conversion to hand his side a 20-6 lead. 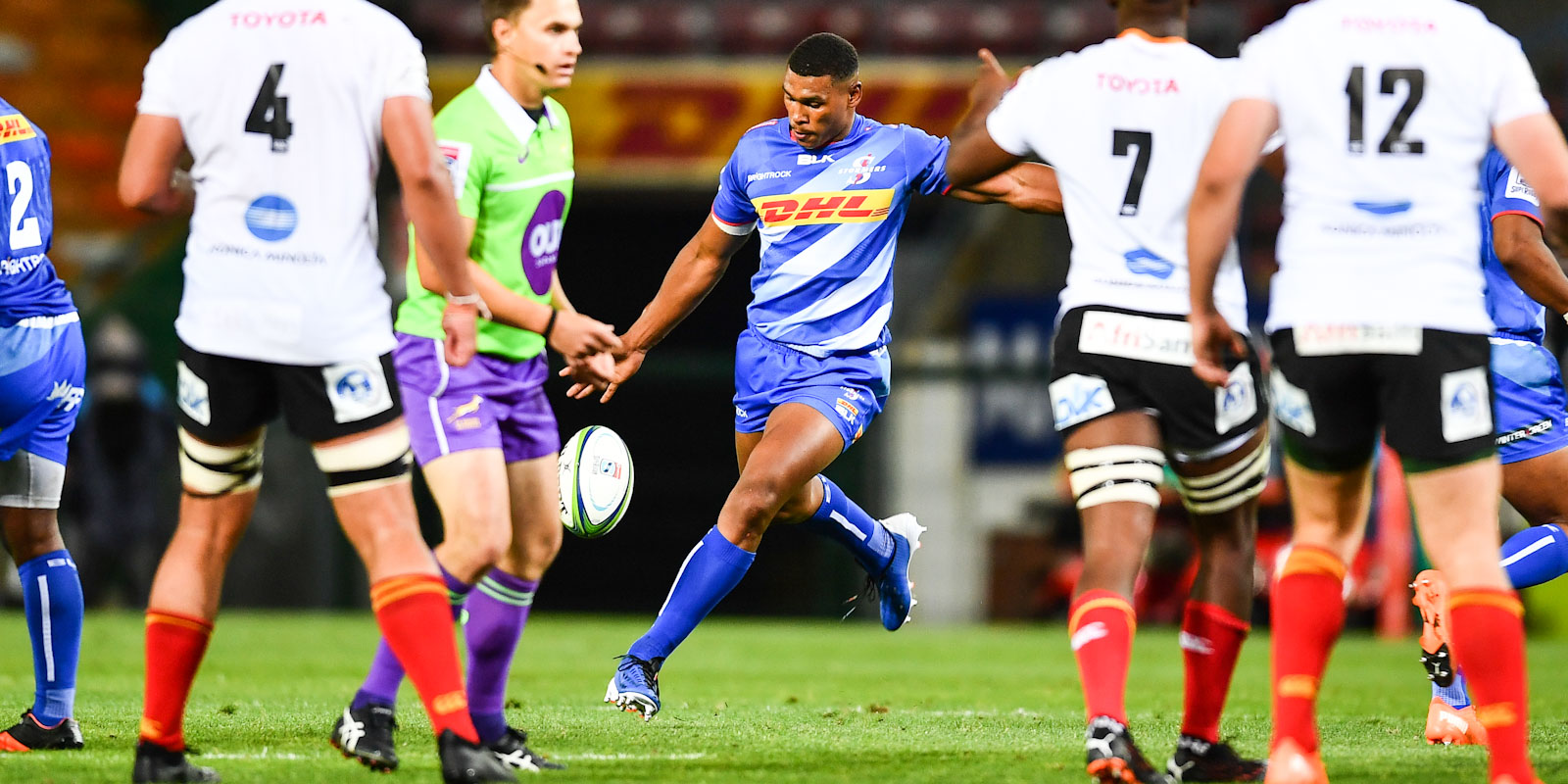 The visiting side refused to cave in, and a spectacular Rosko Specman try from another counter attack reduced to the deficit to just seven points, making for an interesting last quarter of playtime (20-13).

Frustratingly, the visitors then gave away another penalty, this time for a transgression in the scrum, allowing Willemse to once more hit the target with another his penalty attempt the increase the home side’s lead to 23-13 with just under ten minutes left on the clock.

Willemse was the architect of their third try when he broke the line and offloaded in the tackle to Gelant for an easy tap down. That score finally took the game away from the gritty Toyota Cheetahs and allowed the Cape side to stay in the hunt for the top spot.

The Vodacom Super Rugby Unlocked match between the Emirates Lions and Phakisa Pumas scheduled for Emirates Airline Park on Saturday has been postponed in line with COVID-19 protocols.

Munster coach Johann van Graan will be hoping his team can shake off the rust after the enforced postponement of their clash against Benetton last week when they host the Ospreys in Sunday’s prime time Guinness PRO14 showdown in Limerick.

Bosch sparkles in the Diamond City

Curwin Bosch kicked a 81st minute penalty goal to guide the Cell C Sharks to a dramatic 34-33 win over Tafel Lager Griquas in their Vodacom Super Rugby Unlocked match in Kimberley on Friday evening, where the lead changed no less than eight times.

Springbok loose forward Marcell Coetzee stood like a colossus as Ulster kept their unbeaten march in the Guinness PRO14, scoring four tries in his 50th appearance for the Irish province as they smashed Zebre 57-14 on Monday night.