In the past, the hosting venues have launched their ticket sales in an ad hoc manner, but this year SA Rugby and the host unions have aligned on a coordinated approach, considering the significance of the season.

The announcement offers light at the end of a long dark tunnel as rugby supporters have been barred from attending home Springbok matches in South Africa for the past two years because of COVID-19 restrictions.

The last time a Springbok fan attended a Test in South Africa was more than two and a half years ago – a 24-18 victory over Argentina on 19 August 2019 at Loftus Versfeld. 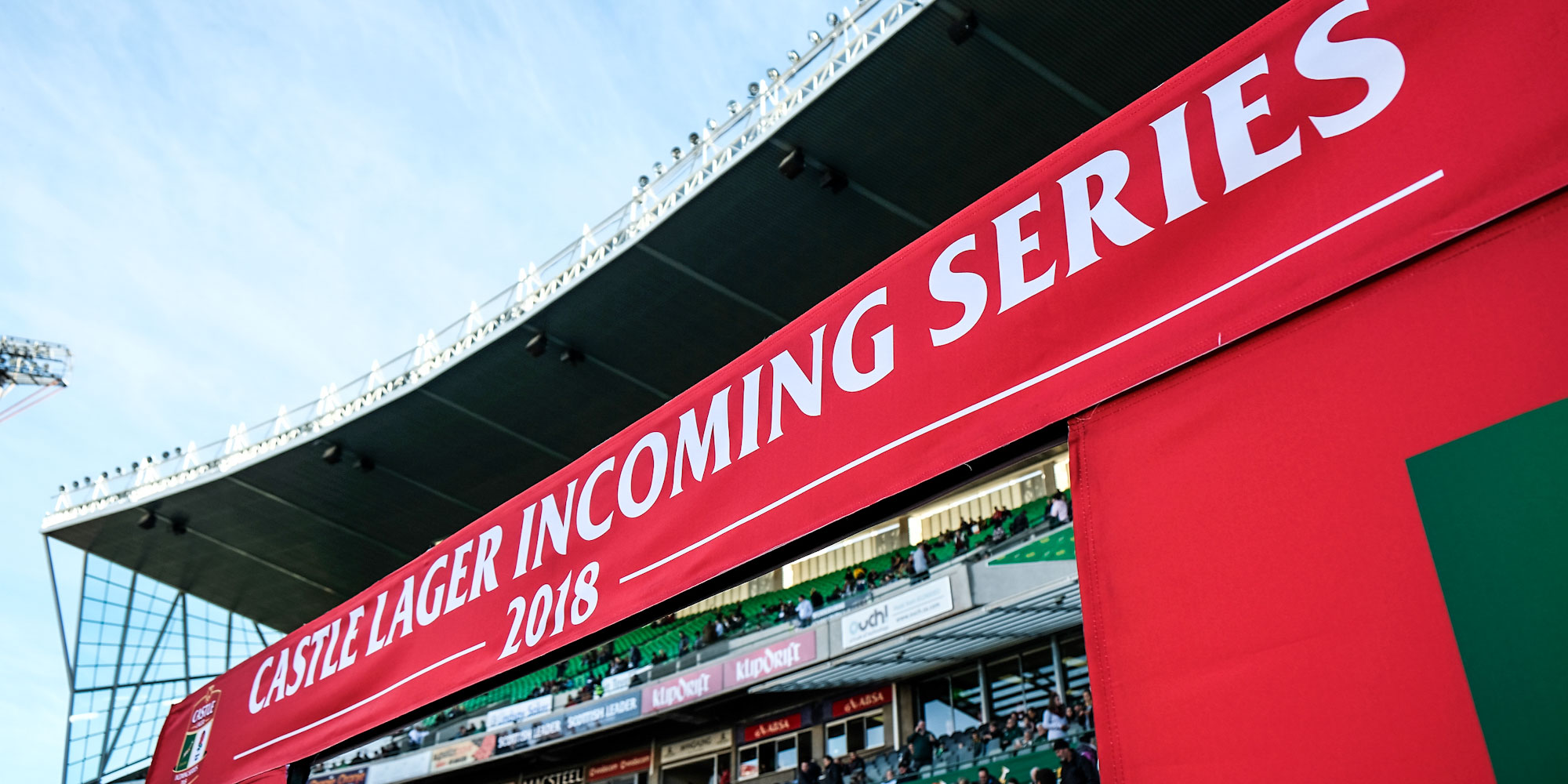 The three Tests against Wales will be the first Castle Lager Incoming Series since 2018, with the Boks returning to Bloemfontein.

The Springboks did not play at all in 2020 because of the pandemic and in 2021 the Castle Lager Lions Series and two tests against Argentina in the Castle Lager Rugby Championship were played behind closed doors.

Fans have been permitted to return to matches in 2022 and the expectation is that the current limit of 2,000 per match will be relaxed over the coming months.

Those matches are followed by the double header against New Zealand – at Mbombela Stadium and Emirates Airline Park on 6 and 13 August respectively – before the home season closer at Hollywoodbets Kings Park on 24 September.

Tickets are priced within a broad range with all venues offering an entry level price of R150 (R200 at Emirates Airline Park) with top-priced tickets at R1,500 for the mouth-watering mini-series against the All Blacks. 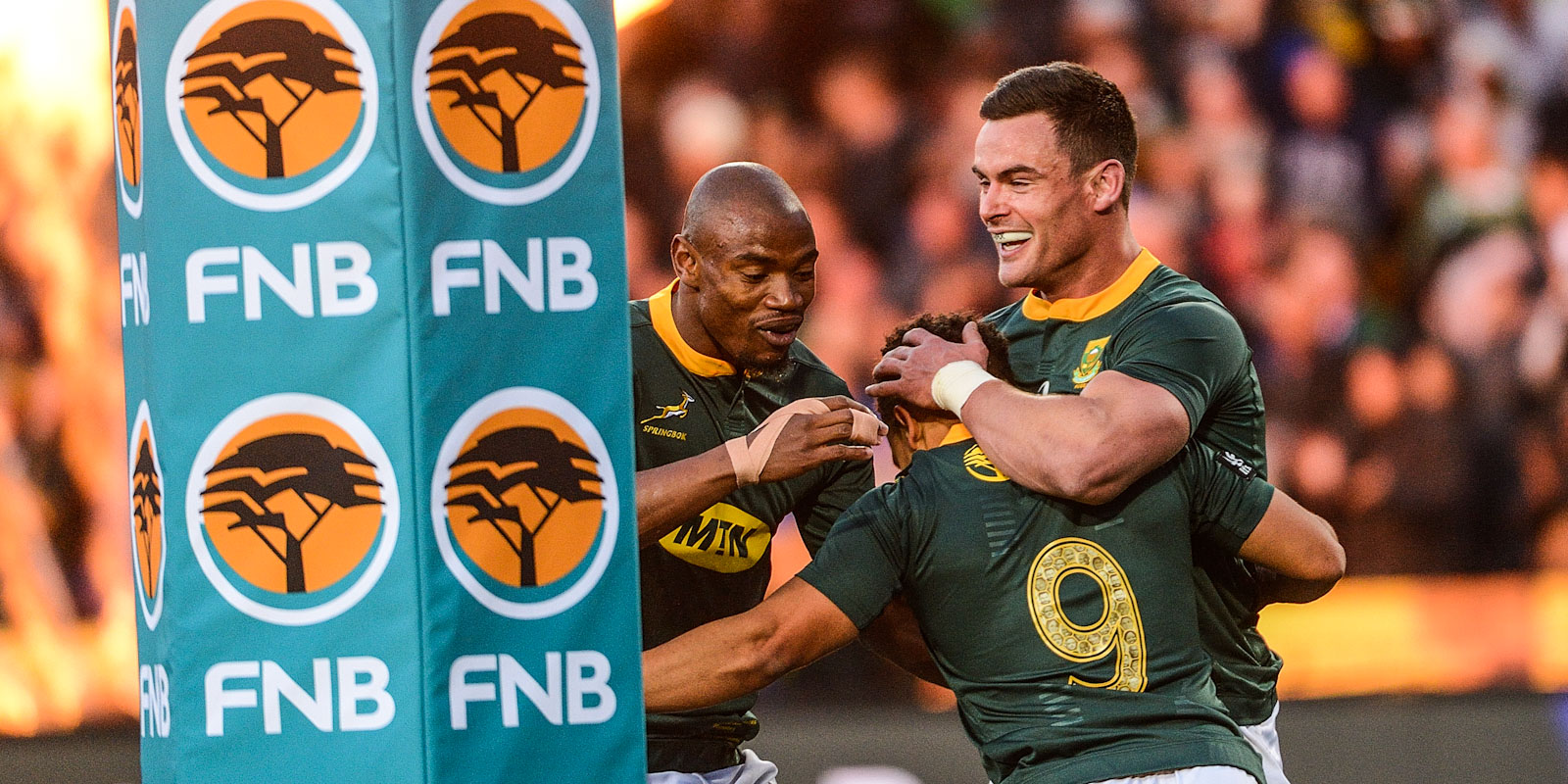 Tickets for the three Welsh Tests in Pretoria and Bloemfontein (Cape Town will go on sale at a later date) as well as the match against New Zealand in Johannesburg are available from Ticketpro by clicking here.

Tickets for the All Black Test in Nelspruit are available from Computicket by clicking here. Tickets for the Castle Lager Rugby Championship match against Argentina in Durban in September will go on sale within the next month.

SA Rugby is hopeful that the current restrictions on crowd size will be relaxed in the coming weeks to bring to life the exciting prospect of seeing the Boks run out once again in front of thousands of cheering fans.

Government’s prevailing health and safety requirements at the time of the matches will be in place and rugby fans are urged to make sure they’re vaccinated to ensure entry into the venues.

Bonga Sebesho, FNB Brand Experience Head, said: “FNB has been a proud partner of the Springboks since 2017. We are super excited to offer pre-sale tickets to our clients before anyone else as part of the Castle Lager Incoming Series and Rugby Championships 2022 tickets, on 7 and 8 March. 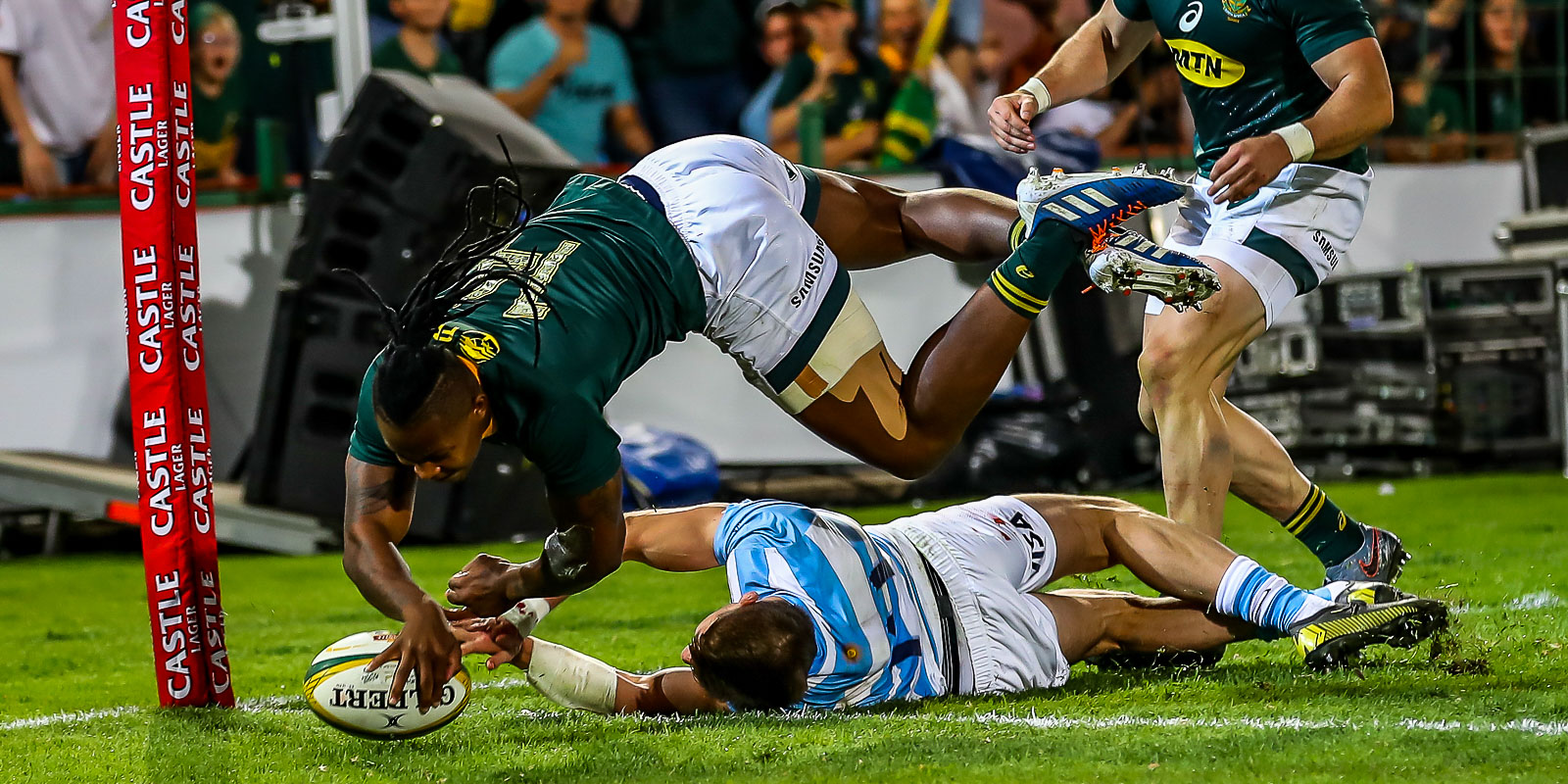 Sbu Nkosi goes over for a try the last time the Springboks played in front of crowds in South Africa, against Argentina in Pretoria in 2019.

“We encourage our customers to grab this opportunity to purchase pre-sale tickets by using their FNB Virtual Cards and RMB Private Bank Virtual Cards to show support to the Springboks and to also enjoy the games live with their loved ones.

“For the match on the 6th of August against the All Blacks at Mbombela Stadium in Nelspruit, they can also buy tickets with eBucks if they go through the eBucks website,” added Sebesho.

SA Rugby and the host unions again urged supporters to only buy from authorised outlets (Ticketpro and Computicket) and no other ticketing outlets, suppliers or re-sellers, to avoid being ripped off at massively inflated prices. These tickets cannot be guaranteed.

The full local Test schedule with ticket price range is:

Relive the Boks' big win over NZ in Mbombela...

The Springboks started the Castle Lager Rugby Championship on the right note by beating New Zealand at the Mbombela Stad...

Springbok hooker Malcolm Marx, who celebrated his 50th Test cap with a memorable 26-10 victory against New Zealand in Ne...

Springbok captain Siya Kolisi paid tribute to the team’s fans after the Boks’ record-breaking win over New Zealand in th...

Boks on NZ challenge: “These games are massive”...

SA Rugby's Director of Rugby, Rassie Erasmus, on Tuesday underlined the strategic importance of the women's game in South Africa as a big priority and said only paying lip service to the game is a thing of the past as the Springbok Women and Springbok Women’s Sevens teams prepare for a season that includes two Rugby World Cup tournaments.

The Vodacom Bulls fired a double-barrelled shot when they ran in seven tries to thump Tafel Lager Griquas 53-27 in their Carling Currie Cup clash in Kimberley on Saturday afternoon.

There wasn’t much movement at the top of the Carling Currie Cup standings, but the Toyota Cheetahs, Cell C Sharks and Vodacom Bulls started putting some daylight between them and the chasing bunch with good victories this weekend.