South African-born Duhan van der Merwe - a former SA Schools and Junior Springbok player - has been honoured with the prestigious PRO14 Players’ Player of the Season award for 2019/20.

Van der Merwe – the brother of Springbok hooker Akker – has been a sensation for Edinburgh in the Guinness PRO14, and tops several of their stats after a disrupted season.

The 25-year-old has impressed all season topping out the Opta stats charts for defenders beaten (76), metres made (906) and clean breaks (31), while scoring seven tries and setting up two.

Additionally, Van der Merwe’s average of 5.6 defenders beaten per game set a new record for the Guinness PRO14 as he broke his own existing record of 5.3 that he set in 2017/18. Van der Merwe also ensures the award stays in the Scottish capital with team-mate Bill Mata earning the accolade last season. 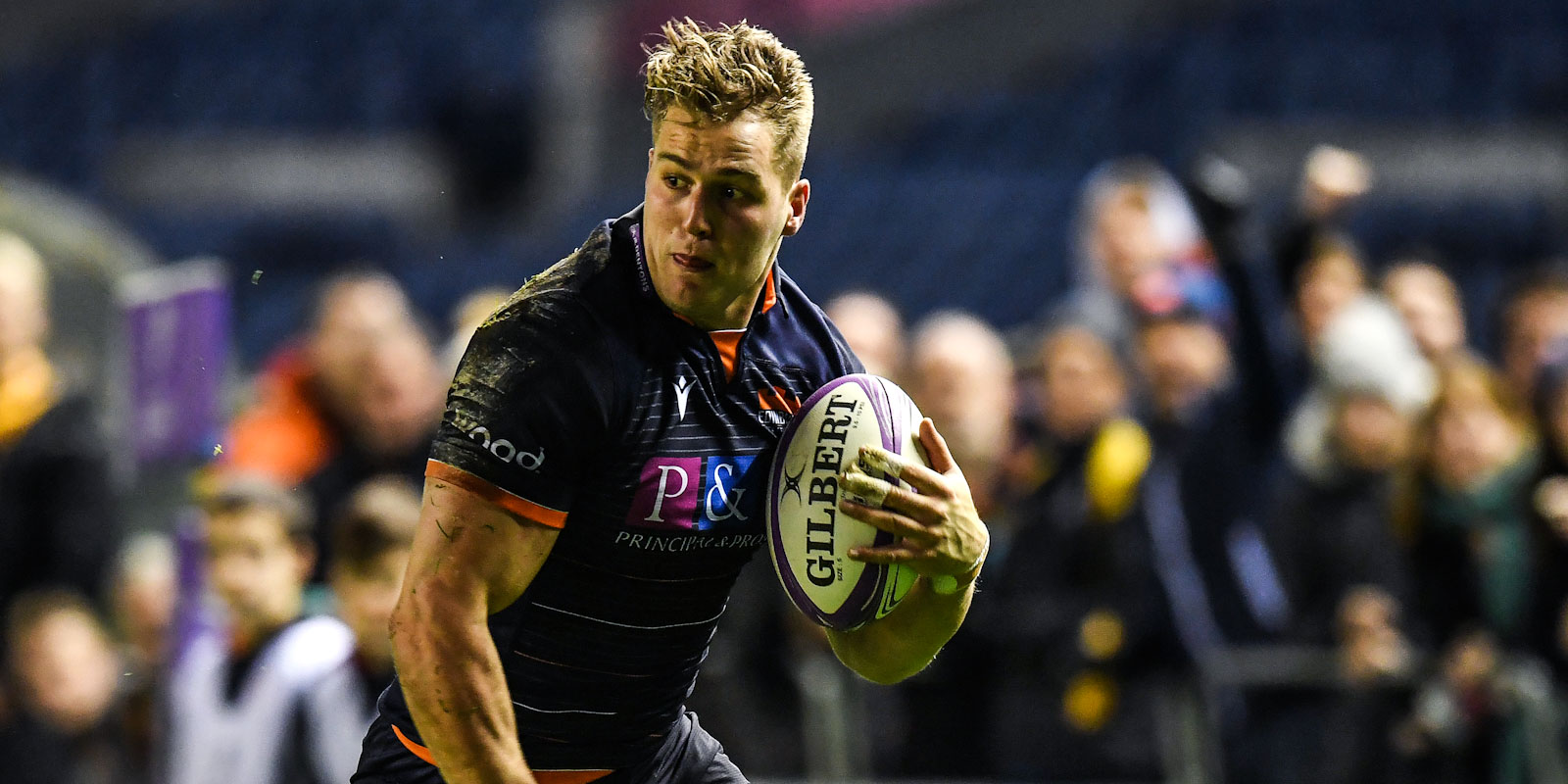 "Never in my wildest dreams did I believe that I could achieve something this big and it’s a brilliant feeling knowing that it was voted by the guys I face in the Guinness PRO14 week in, week out.

"Getting an award like this is massive for me and hopefully highlights that the hard work I’ve put in throughout my career is starting to pay off. I genuinely couldn’t have won this without the help of everyone at Edinburgh Rugby and I can’t wait to push the club further next season."

Van der Merwe, who played for the SA Schools and Junior Springbok sides before moving abroad, also played in the FNB Varsity Cup for Tuks and represented the Vodacom Blue Bulls at age-group level. He now has set his sights on playing for Scotland.

His coach at Edinburgh, Richard Cockerill, has been named the coach of the year.

Defending Carling Currie Cup champions, the Vodacom Bulls, started the 2022 campaign with a bonus-point victory over the...

Blitzbok star Angelo Davids scored a hat-trick of tries in the DHL Western Province's 48-36 romp over a youthful Sigma L...

Cheetahs made to work hard for Bloem victory...

The Toyota Cheetahs got their 2022 Carling Currie Cup campaign off to a winning start after they beat Tafel Lager Griqua...

The FNB Varsity Cup will be staged at universities around the country for the first time since 2020 when the 15th instal...

The Vodacom Bulls scored a bonus-point 33-19 win over the Pumas in their opening Carling Currie Cup match played in pers...

Former Toyota Cheetahs hooker Joseph Dweba earned the deserved recognition for his fine form in the 2019/2020 Guinness PRO14 competition when he was included in the season Dream Team on Wednesday.

SA Rugby has welcomed the confirmation that the Castle Lager Rugby Championship would be held in 2020, however Jurie Roux (SA Rugby CEO) cautioned that the participation of defending champions, South Africa, still had to be confirmed.

“It was just fantastic playing against them” – Matfield

He holds the record for the longest Test career and the most caps for any Springbok, and despite playing 127 Tests in 14 years and 122 days, Victor Matfield only played 240 minutes of rugby against the British & Irish Lions.

Leinster coach Leo Cullen did what was anticipated when he named Ireland flyhalf and regular captain Johnny Sexton on the bench for Saturday’s Guinness PRO14 final against Ulster in Dublin.

If there is a consolation for Ulster head coach Dan McFarland after his team’s 27-5 defeat to Leinster in the Guinness PRO14 final in Dublin at the weekend it is that he will soon be in position to apply any lessons that he and his players took from the experience.