The Springboks will begin their defence of the Castle Lager Rugby Championship with an away match against Argentina – in Brisbane – before a ‘home’ game against the Wallabies in Sydney, it was announced overnight as SANZAAR unveiled the competition fixtures.

South Africa’s participation in the event still has to be confirmed but SANZAAR has revealed the intended playing schedule for the 12-match, six-week tournament, which will take place in Australia (in Brisbane, Newcastle and Sydney) between 7 November and 12 December.

The Boks are scheduled to play back-to-back matches against New Zealand – with an away game in Sydney before ‘hosting’ the same opponents in Newcastle – before the tournament returns to Sydney for the final two rounds.

South Africa’s participation remains conditional on the relaxation of the government’s current ban on international sporting participation and the outcome of assessments of high performance and player welfare issues.

SANZAAR explained the incoming teams (Argentina, New Zealand and South Africa) would be required to observe all health regulations around their squads as imposed by the New South Wales (NSW) and Queensland governments.

The teams will be kept separate by operating within a ‘bubble’ during this period with all teams operating in clean environments controlled by NSW police. The wellness of the squads will be continually monitored in line with NSW Health requirements. 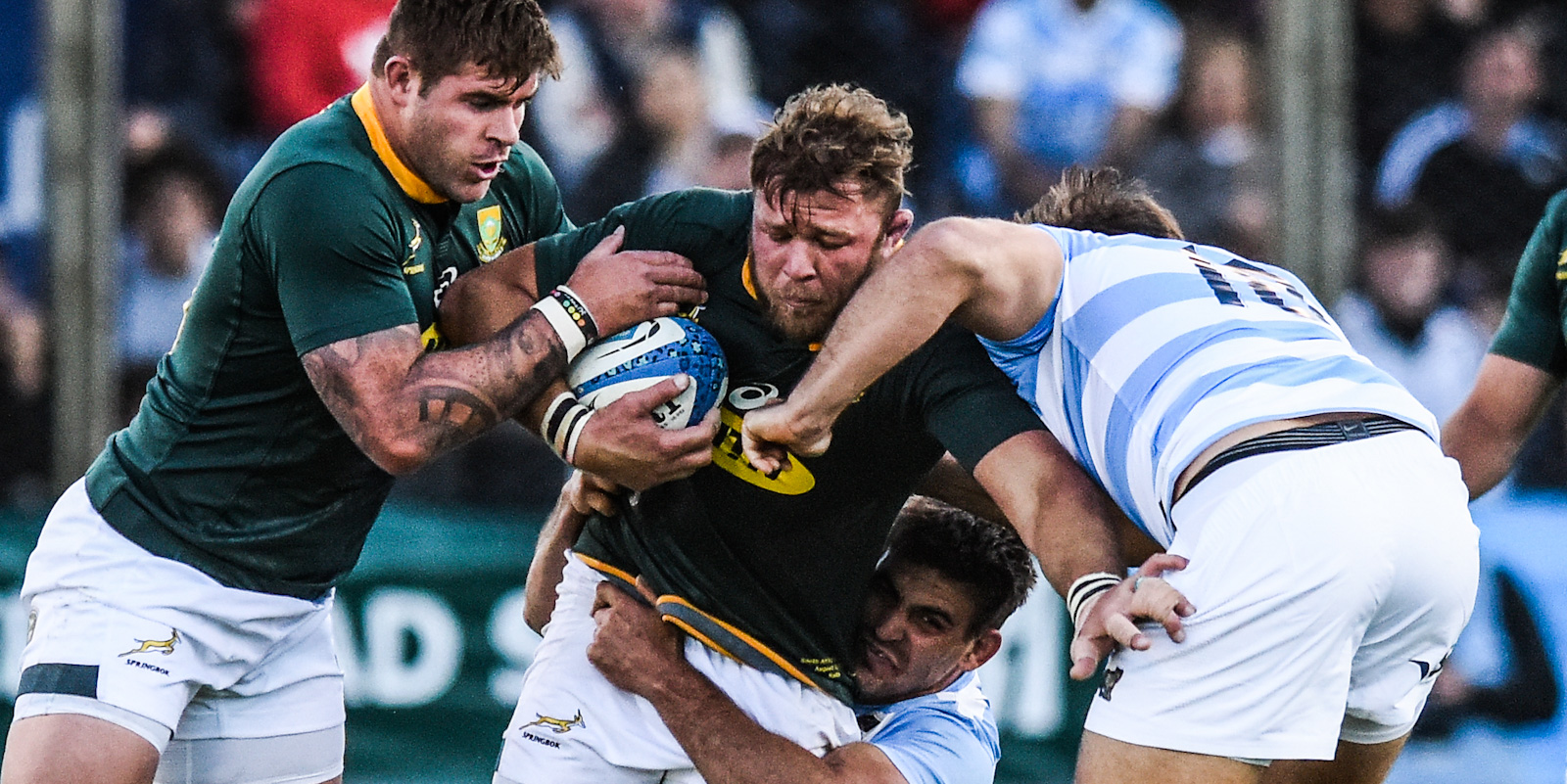 SANZAAR CEO Andy Marinos said: “It has taken a lot of hard work to get to this point, but we are delighted that we can now confirm the match dates and venues for The Rugby Championship 2020.

"The Rugby Championship is one of the game’s showpiece events and includes some of the best rugby talent in the world.

“The six double-header Saturdays are a first for the tournament and will produce an exciting feast of rugby for spectators at the venues who will actually be getting two world class international tests for the price of one entry ticket.

"Thanks to our committed family of broadcasters this action will also be delivered to the living rooms of our overseas rugby fans providing a rugby feast similar to what we experienced a year ago with the Rugby World Cup,” added Marinos.

Kick-off times for the double-header matches will be announced in due course.

Round One - Saturday 7 November 2020 at Suncorp Stadium, Brisbane

SA Rugby U21 Champs scheduled for Johannesburg next month

The 2020 SA Rugby Under-21 Championship, featuring five provincial sides, will kick off on Sunday 4 October and will be played at one venue – Emirates Airline Park in Johannesburg – culminating in the final on 30 October, SA Rugby announced on Wednesday.

On August 25, PRO14 Rugby acknowledged that under current international travel restrictions it is not possible for South African teams to fulfil Guinness PRO14 fixtures until 2021.

Video: Davids and Pretorius on making the Dream Team

Two Blitzboks, JC Pretorius and Selvyn Davids, were named in the HSBC World Rugby Sevens Series Dream Team at the end of the 2020 season. The handing over of the jerseys was done by SA Rugby's High Performance Manager for Sevens Rugby, Marius Schoeman.

SA Rugby president, Mr Mark Alexander, expressed his condolences to the family of former rugby legend and national representative, Mr Yusuf Moerat, who passed away in Paarl on Sunday.

Springbok Sevens players Selvyn Davids and JC Pretorius were honoured for their superb performances during the shortened sevens season with the ultimate accolade after being named in the 2020 HSBC World Rugby Sevens Series Dream Team.

The Blitzboks have started their new season after their 2020 World Series was interupted and cut short due to COVID-19. Sit back and enjoy their first week back after a five month lay-off.

A raft of Springboks, Blitzboks and Junior Boks made the cut in two 25-man squads after an exciting live draft pick – the first of its kind in South African rugby history – for the Castle Lager Springbok Showdown in Cape Town on Saturday 3 October.

The DHL Stormers' powerful pack laid the platform for a well-deserved 34-21 triumph over the Emirates Lions in the second Vodacom Super Fan Saturday clash at Loftus Versfeld in Pretoria.

SA Rugby re-commits to campaign against discrimination and racism

On 20 July 2019, on the day of a test against Australia at Emirates Airline Park, SA Rugby launched a campaign called Rugby Against Discrimination and Racism (R A D A R).

SA Rugby U21 Champs scheduled for Johannesburg next month

The 2020 SA Rugby Under-21 Championship, featuring five provincial sides, will kick off on Sunday 4 October and will be played at one venue – Emirates Airline Park in Johannesburg – culminating in the final on 30 October, SA Rugby announced on Wednesday.

The Blitzboks have started their new season after their 2020 World Series was interupted and cut short due to COVID-19. Sit back and enjoy their first week back after a five month lay-off.