Vermeulen back for Vodacom Bulls’ trip to Bloem

Vodacom Bulls Director of Rugby, Jake White, has made five changes to his starting team for Friday’s Vodacom Super Rugby Unlocked clash with the Toyota Cheetahs in Bloemfontein, with Springbok No 8 Duane Vermeulen back to lead the men in blue.

White also decided to hand the exciting and hard-hitting inside centre Clinton Swart his Vodacom Bulls debut against the Free Staters, whom he represented a few seasons ago.

Vermeulen will start in his familiar No 8 jersey, with Tim Agaba getting a rest this week, while the powerful Johan Grobbelaar gets a starting opportunity in the middle of the scrum between Trevor Nyakane and Jacques van Rooyen.

Embrose Papier replaces his fellow Springbok scrumhalf Ivan van Zyl in the No 9 jersey, while Jade Stighling slots in on the left wing in place of Travis Ismaiel. 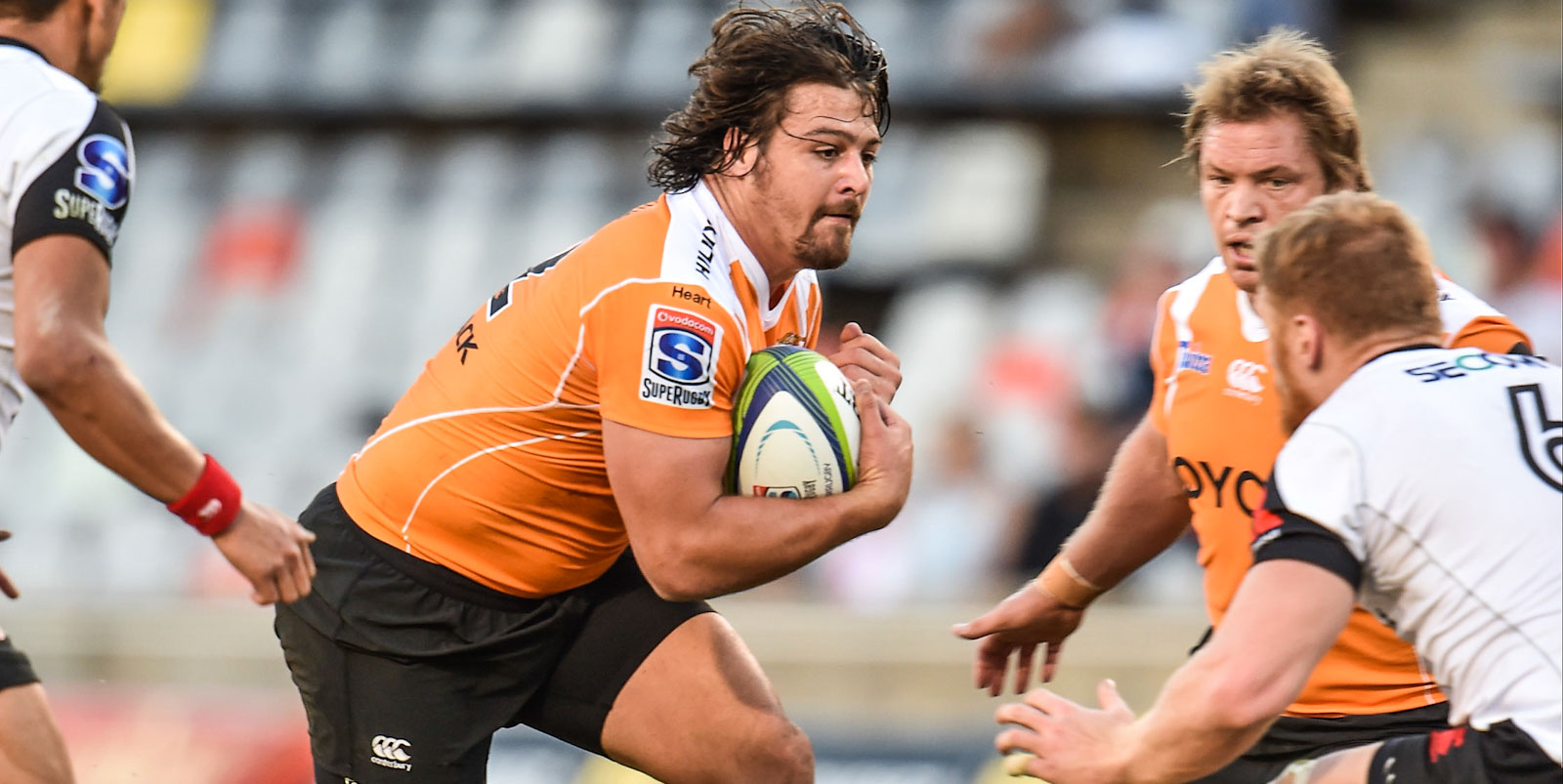 Clinton Swart in action for the Toyota Cheetahs in 2017.

Swart’s inclusion means a few tweaks to the Vodacom Bulls’ midfield, with Cornal Hendricks moving to outside centre and Stedman Gans joining Van Zyl on the bench.

Another change to the bench sees U21 star Joe van Zyl set to receive his first senior cap if he is called upon, while Gerhard Steenekamp replaces the injured Lizo Gqoboka, who sustained a calf injury against the Tafel Lager Griquas.

Nizaam Carr is the final change amongst the replacements with the Springbok loose forward coming in for Elrigh Louw.

“We struggled to get going against the Griquas and we cannot afford the same against a strong Cheetahs team,” said White.

“We were fortunate to walk away with last week's win and we need to do better by implementing our style of play in this clash as soon as possible.”

The Springboks are determined to deliver a vastly improved performance on Saturday when they line up against the All Bla...

Experienced playmaker Selvyn Davids has been called up to replace the injured Angelo Davids in the Springbok Sevens team...

Wins for Bulls and Sharks; Lions and WP draw...

The Vodacom Bulls are back at the top of the log in the SA Rugby U20 Cup after an important 39-17 win over the Leopards ...

SA Rugby and FNB confirmed on Tuesday that the South African banking giant has extended its sponsorship of the Springboks for a further five years.

SA Rugby’s Director of Rugby, Rassie Erasmus, and former Springbok Rugby World Cup winner Bryan Habana are among a host of leading international coaches and players who have been appointed to World Rugby interim committees. The world rugby authority confirmed the announcements on Tuesday.

Tafel Lager Griquas will field an unchanged starting fifteen for their Vodacom Super Rugby Unlocked home match against the Phakisa Pumas on Saturday. Kick-off in Kimberley is at 16h30 and the action will be televised live on SuperSport.

Seven Springboks to start for DHL Stormers in Cape Town

John Dobson (head coach) has included seven Springboks in the DHL Stormers starting line-up for their Vodacom Super Rugby Unlocked encounter with the Emirates Lions at DHL Newlands in Cape Town on Saturday.

Fans invited to determine rugby’s greatest of the decade

South African rugby supporters can nail their colours to the mast by voting for the best Springbok and Blitzbok players, and a few superb tries scored by the Boks in the last decade, after World Rugby announced on Thursday that fans around the world will have a say in the World Rugby Awards Special Edition by selecting the best players and tries of the decade (2010-19).

SA Rugby and FNB confirmed on Tuesday that the South African banking giant has extended its sponsorship of the Springboks for a further five years.