The Cell C Sharks edged the Vodacom Bulls 32-29 in their round-three Carling Currie Cup clash at Jonsson Kings Park on Saturday to extend their five-year winning streak over the Pretoria side in the competition and remain in the top two on the log.

The win handed them the bragging rights of being one of only two teams to defeat log-leaders the Vodacom Bulls this season, while it also allowed them to reduce the deficit between themselves and Pretoria outfit on the standings to five points.

The first half was tight as the teams had regular shots at the goal posts to keep the scoreboard ticking, but it was a try by captain and centre Lukhanyo Am, which handed the Cell C Sharks a 14-9 halftime lead.

Both teams found their rhythm in the second half, which paved the way for a ding dong battle as they kept within striking range of one another on the scoreboard until the dying minutes.

Vodacom Bulls flyhalf Morne Steyn had an opportunity to level the scores for a draw before the final hooter, but his attempt was unsuccessful, which saw the Durbanites seal the win.

Steyn opened up the scoring in the eighth minute with a penalty goal, and Bosch cancelled it out with back-to-back three pointers before Steyn levelled the scores in the 17th minute.

The Cell C Sharks were dealt a blow in the 19th minute as centre Marius Louw receives a yellow card in the 19th minute for tackling Steyn late and high, but it wasn’t long before the visitors were also reduced to 14 men after Jacques van Rooyen (prop) was sent to the sin bin for a dangerous tackle.

Bosch capitalised on this as he kicked their third penalty goal to take a 9-6 lead.

Am scored the first try in the 29th minute as he received a clever backhand pass by Manie Libbok (fullback) and raced to the tryline, which handed them a 14-6 lead.

Steyn, however, had the last say in the half as he kicked his third penalty goal to reduce their deficit to 14-9 going into halftime.

Bosch extended the hosts’ lead to 17-9 in the 44rd minute as he landed his fourth penalty goal, but a try by Vodacom Bulls flanker Marco van Staden minutes later from some solid forward play saw the Pretoria side close the gap on the scoreboard to only one point. 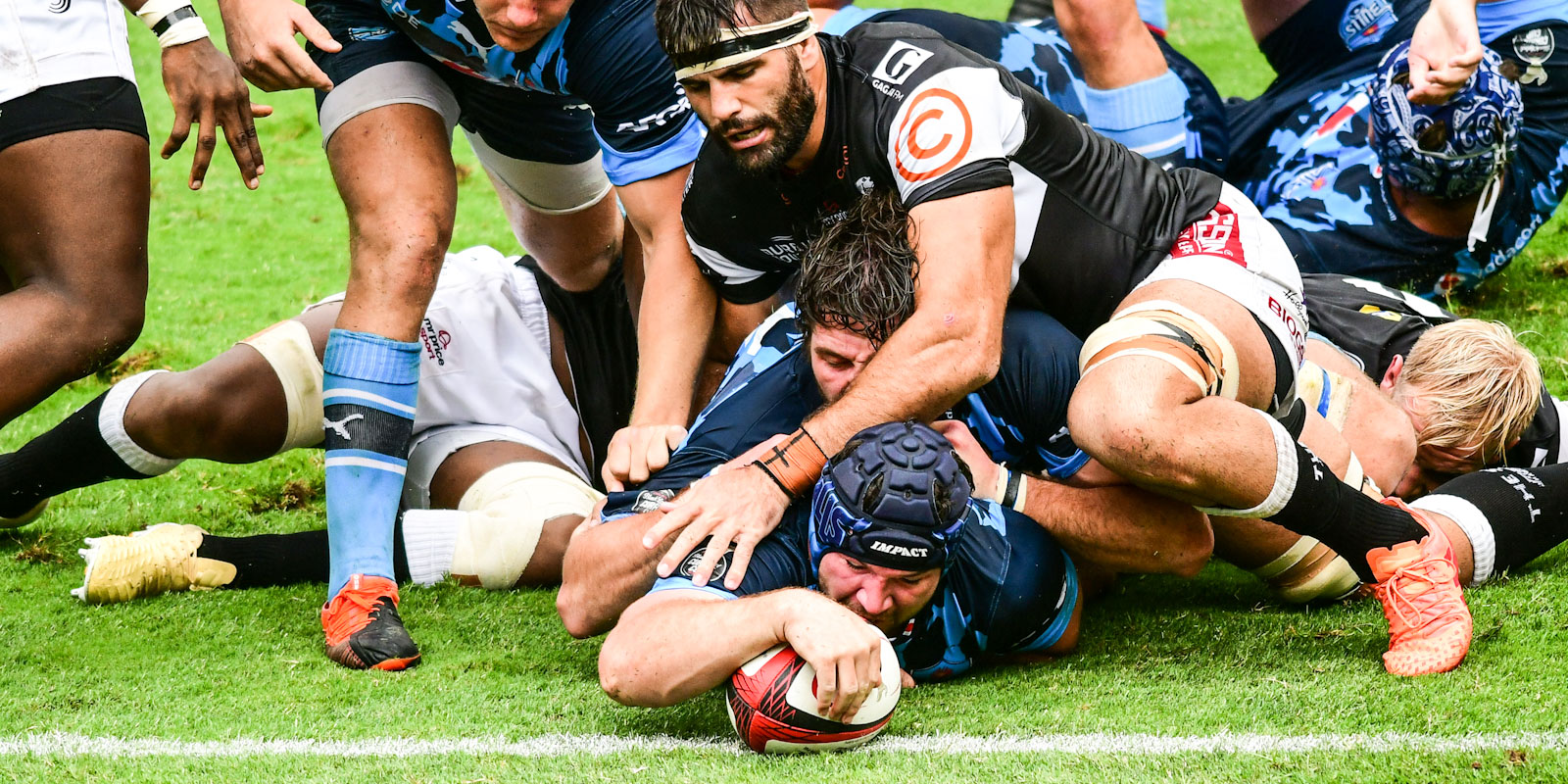 Steyn pushed the Vodacom Bulls into a 22-17 lead in the 56th minute with back-to-back penalty goals, but Bosch responded with his fifth three-pointer to close the gap on the scoreboard to two points.

Cornal Hendricks (centre) created some daylight for the Vodacom Bulls on the scoreboard as he received the ball in space out wide to score their second try early in the fourth quarter, but tries by Cell C Sharks replacement hooker Kerron van Vuuren and wing Yaw Penxe  from a rolling maul and accurate cross kick respectively pushed the home side back into a 32-29 lead with six minutes of play remaining.

Steyn had an opportunity to level the scores for a draw with a penalty goal on the stroke of fulltime, but his attempt went wide, which saw the Cell C Sharks snatch the 32-29 victory.

The desire to ease the pressure closer to the semi-final stages of the Carling Currie Cup will be a big driving force for the teams taking the field in round three of the competition this weekend.

Three tries in the second half paved the way for a morale boosting 28-14 victory for DHL Western Province over the Phakisa Pumas in their Carling Currie Cup clash in Cape Town on Friday evening.

Toyota Cheetahs head coach Hawies Fourie made five changes to his starting team for their first Carling Currie Cup home match of the season, against the Xerox Lions in Bloemfontein on Saturday.

Two Rugby World Cup-winning Springboks, Lukhanyo Am and Sbu Nkosi, have been named in the Cell C Sharks’ backline for their Carling Currie Cup clash with log-leaders, the Vodacom Bulls, in Durban on Saturday.

DHL Express, an international leader in the logistics industry, has joined the family of official global partners for the Castle Lager Lions Series 2021, it was announced on Monday.

The Springboks will start the defence of the Webb Ellis Cup in Pool B against Ireland and Scotland when the next Rugby World Cup kicks off in France in 2023.

In less than 1000 days – 996 to be exact – the Rugby World Cup 2023 will kick off in France and for the top 12 ranked teams in the world, things got real on Monday when the pool draw took place in Paris, with head coaches and captains joining in virtually from across the globe.

Two-time Rugby World Cup-winner Frans Steyn will start at flyhalf, next to the exciting Ruben de Haas, as Toyota Cheetahs coach Hawies Fourie named a team featuring six changes to the backline for their next Carling Currie Cup clash.