The list of nominations for the SA Rugby Player of the Year Awards for 2020 has a distinct blue tinge to it, with the Vodacom Bulls underlining their dominance of the season with a host of names on the shortlists.

The Vodacom Bulls accumulated 11 nominations out of a possible 22 for which they were eligible, with Springbok No 8 Duane Vermeulen leading the individual lists with three nominations, in the categories for overall SA Rugby, Vodacom Super Rugby Unlocked, and Carling Currie Cup Player of the Year.

Bosch, the top points’ scorer of the season, is also a nominee in the Young Player of the Year Award, where he contests the title with the Vodacom Bulls duo of Stedman Gans and Ruan Nortje, as well as Dylan Richardson (Cell C Sharks) and Wandisile Simelane (Emirates / Xerox Lions).

Gans is one of the three nominees for Springbok Sevens Player of the Year – in competition with the “Davids twins”, Angelo and Selvyn, for this award.

Just like Gans, who also shone for the Vodacom Bulls, Hendricks and Marco van Staden were also nominated in two categories each.

Jake White and the Vodacom Bulls have also been recognised for their successful Vodacom Super Rugby and Super Rugby Unlocked and Carling Currie Cup campaigns with nominations in the categories for Coach and Team of the Year.

Other nominees in these categories are Sean Everitt and the Cell C Sharks, runners up in the Carling Currie Cup, as well as Neil Powell and the Blitzboks, winners of two tournaments in the shortened HSBC World Rugby Sevens Series for 2019/20, and overall silver medal winners in the series. 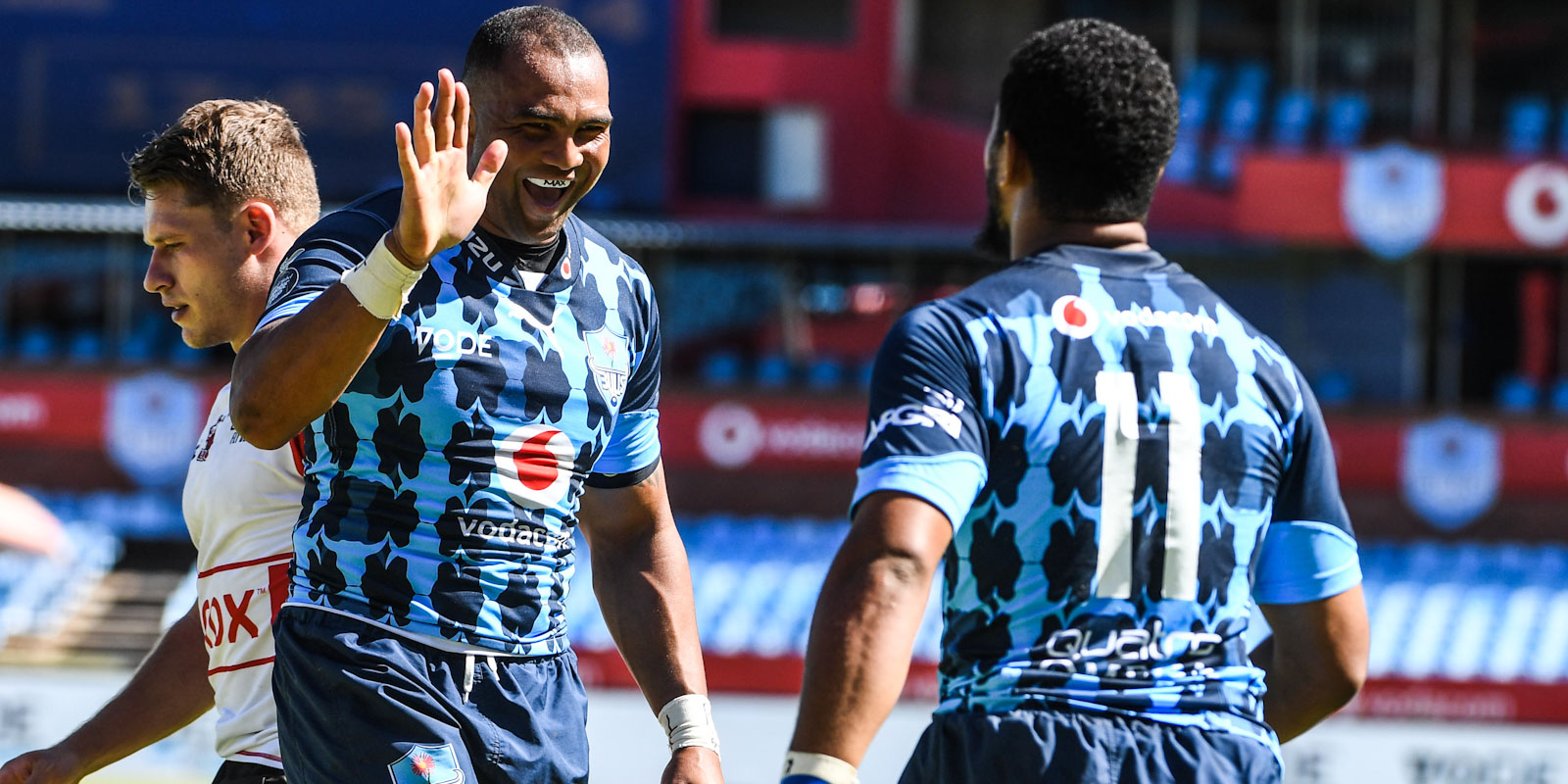 Cornal Hendricks was one of the Vodacom Bulls' stars last season

The winners in the eight categories will be revealed on the @Springboks Twitter handle from 10h00 to 11h15 on Thursday, 4 March. Votes were cast by local media and SA Rugby Department staff.

The nominees are (in alphabetical order):

The Castle Lager Rugby Championship Test between South Africa and New Zealand in Johannesburg on Saturday will be import...

Tose, Jacobs and Mkhari to start for Springbok Wom...

Catha Jacobs will start at lock and Rights Mkhari at flanker when the Springbok Women take on Spain at Emirates Airline ...

De Groot and Lomax to start for New Zealand...

All Blacks head coach Ian Foster has named his side for the second Castle Lager Rugby Championship Test against South Af...

It just happens to be called the World Rugby Sevens Challenger Series, but for Liske Lategan and her fellow Springbok Wo...

Dweba to start as Mbonambi ruled out as precaution...

The Vodacom Bulls scored 12 tries to one as they comprehensively outplayed Eastern Province by 87-10 in their 2021 Kick-Off Pools match at Loftus Versfeld on Sunday afternoon.

The Cell C Sharks scored four unanswered tries in the second half of their 2021 Kick-Off Pools match against Tafel Lager Griquas to open their new season with a commanding 35-10 win in Durban on Sunday.

Rosko Specman showed his brilliant attacking instincts with a hattrick of tries as the Toyota Cheetahs defeated the DHL Stormers 34-33 in the Cape side’s first home game at their new Cape Town Stadium home on Saturday afternoon.

Tiaan Swanepoel’s accurate boot secured the Lions a 32-28 victory in their 2021 Kick-Off Pools match against the New Nation Pumas at Emirates Airline Park in Johannesburg on Friday night.

The Vodacom Bulls will take the field sporting a team that is dominated by the next generation of stars when they host Eastern Province in a 2021 Kick-Off Pools match at Loftus Versfeld on Sunday, 28 February.

World Rugby has made the difficult decision to recommend the postponement of Rugby World Cup 2021, scheduled to be hosted in New Zealand between 18 September to 16 October, until next year. The recommendation will be considered by the Rugby World Cup Board and World Rugby Executive Committee on 8 and 9 March respectively.

World Series to conclude with Cape Town Sevens in December

The HSBC Cape Town Sevens will take on a new mantle after World Rugby announced that the popular event in the Mother City will be the final leg of a revamped and shortened HSBC World Rugby Sevens Series in 2021.

SA Rugby recognised World Rugby’s decision to recommend the postponement of the 2021 Rugby World Cup to next year, saying although it is disappointing for the Springbok Women’s team, it was understandable and sensible.

Duane Vermeulen led the charge as the Vodacom Bulls almost made a clean sweep at the annual SA Rugby Awards for the 2020 season, with the Springbok No 8 being named Player of the Year for a second time.

We've compiled some action (and other) shots, courtesy of Gallo Images, of the various winners in the 2020 SA Rugby Awards.

The Vodacom Bulls scored 12 tries to one as they comprehensively outplayed Eastern Province by 87-10 in their 2021 Kick-Off Pools match at Loftus Versfeld on Sunday afternoon.

World Rugby has made the difficult decision to recommend the postponement of Rugby World Cup 2021, scheduled to be hosted in New Zealand between 18 September to 16 October, until next year. The recommendation will be considered by the Rugby World Cup Board and World Rugby Executive Committee on 8 and 9 March respectively.