The NWU Eagles beat CUT Ixias 35-32 at the Tuks B-Field in Pretoria on Tuesday to book their place in the FNB Varsity Cup semi-finals, while the University of Witwatersrand finished their campaign on a high, beating their Jozi peers, the University of Johannesburg, 22-20 in dramatic fashion.

The Eagles' victory in their rescheduled round seven clash sets up a semi-final meeting with table-topping UCT Ikeys at Tuks Stadium on Friday (19h00), with second-placed Maties taking on third-placed UP-Tuks in the first semi-final (17h00). Both matches will be broadcast live on SuperSport Rugby (channel 211). 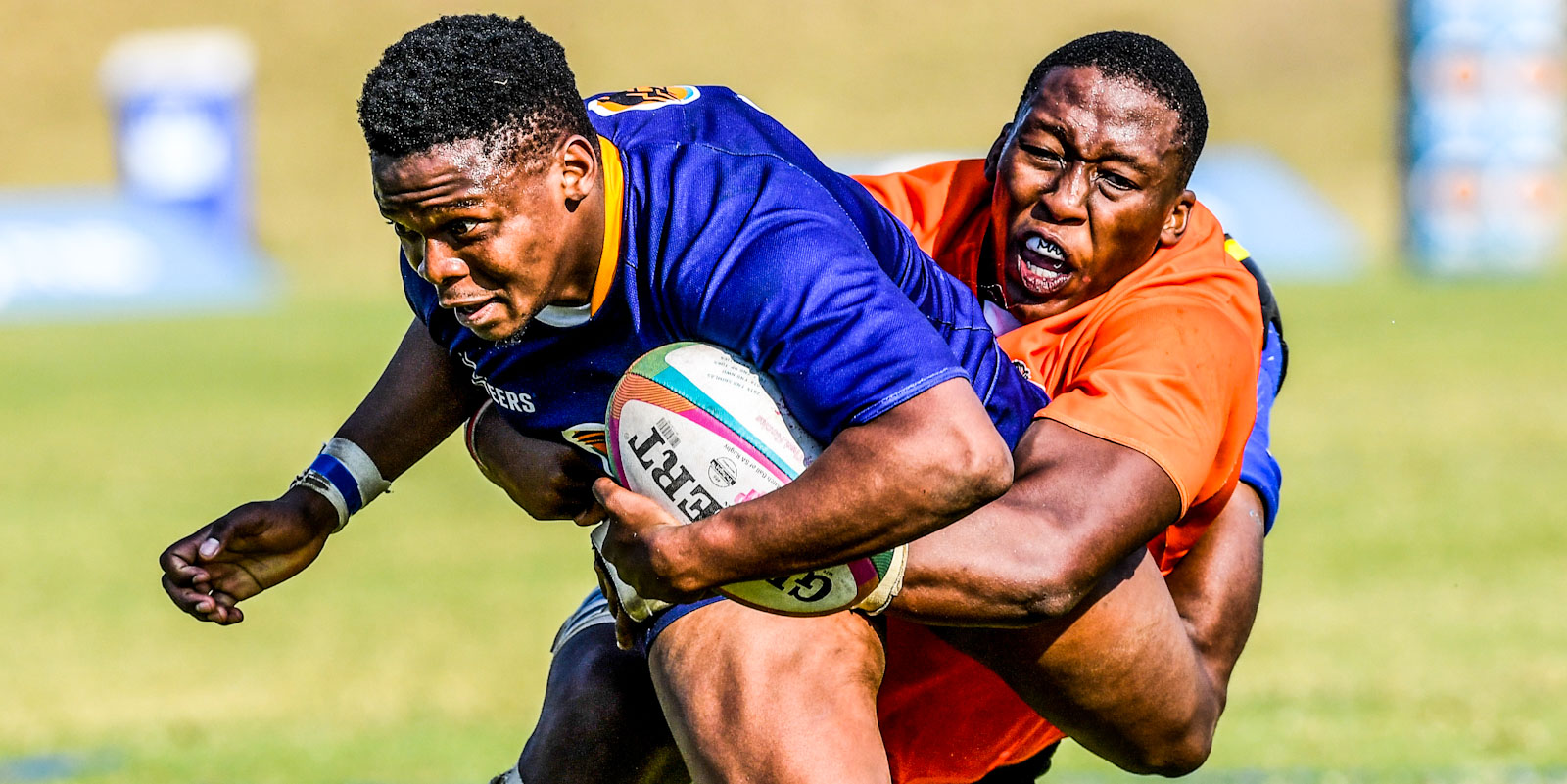 Wits finished their 2021 FNB Varsity Cup campaign on a high.

UJ had only themselves to blame for the loss as their indiscipline resulted in four yellow cards – two in each half.

NWU withstood a brave comeback from CUT to secure a place in the semi-finals.

The Ixias outscored their opponents by five tries to three, but flyhalf Charles Williams missed three conversions, while opposite number Niven Petersen made no mistake with three conversions and four penalty goals in what was effectively a 'quarter-final' showdown.

The President of the South African Rugby Union, Mr Mark Alexander, paid tribute to Dr Ismail Jakoet, who served the South African rugby community on many levels and sadly passed away early on Tuesday morning, at the age of 72.

North West University (NWU Eagles) and the Central University of Technology (CUT Ixias) scored crucial round nine wins to keep their hopes alive of reaching the FNB Varsity Cup semi-finals, while the top three teams on the log were confirmed on Sunday in Pretoria.

Junior Boks leap back into action in U20 International Series

The Junior Springboks will make a welcome return to the international stage for the first time since 2019 when they line up against Argentina, Georgia and Uruguay in a blockbuster four-round U20 International Series at the Markötter Stadium in Stellenbosch, starting next month.

The DHL Stormers clawed their way to a morale-boosting 25-22 victory over the Cell C Sharks in Durban on Saturday on a day that also saw the Emirates Lions shock the Vodacom Bulls 34-33 for their first win of the PRO14 Rainbow Cup SA campaign.

Treviso’s Stadio di Monigo will play host to the Guinness PRO14 Rainbow Cup ‘North v South’ Final on 19 June thanks to the support of the Federazione Italiana Rugby (FIR) and the Italian government.

Log positions will be a key focus in the Women’s Premier Division on Saturday as the competition enters the fourth round and the need to close in on the pacesetters becomes vital with the halfway stage in clear sight.

Four Springboks and a Blitzbok star have been included in the Toyota Cheetahs side for Saturday’s match against the Toyota Invitational team in Bloemfontein.

Nhleko: “Time to put everything together"

Junior Springbok coach Bafana Nhleko praised the strides made by the SA Rugby Academy players on Thursday as they wrapped up the training phase of the programme with a series of chukkas against DHL Western Province in Stellenbosch.

A large group of players completed the last of a series of alignment camps in Johannesburg on Wednesday, with the Springbok coaching staff expressing their satisfaction with the planning progress for the forthcoming international season.

Treviso’s Stadio di Monigo will play host to the Guinness PRO14 Rainbow Cup ‘North v South’ Final on 19 June thanks to the support of the Federazione Italiana Rugby (FIR) and the Italian government.