The race for top spot in the PRO14 Rainbow Cup SA was comfortably won by the Vodacom Bulls on Saturday evening in Durban where the men from Pretoria defeated the Cell C Sharks by 34-22 and in the process deservingly booked their place in next weekend’s North versus South final in Italy.

The Vodacom Bulls went into the Durban match with a four-point advantage, but with the knowledge that the KwaZulu-Natalians still had an outside chance to sneak into first place and earn a place alongside Benetton in the Rainbow Cup final.

However, for that to happen, it meant the Cell C Sharks had to win with a try-scoring bonus-point while at the same time ensuring the Vodacom Bulls return to Pretoria empty-handed, which was always going to be a very tough ask.

It was the Vodacom Bulls who enjoyed a 13-10 halftime lead. Both sides managed to score a try apiece, with the visitors edging the host thanks to Morné Steyn's two successful penalty goals.

The Vodacom Bulls effectively sealed the bonus-point win in the 20 minutes after halftime when they outscored the home side by three tries to one to open up a 34-15 gap. And although the home side managed to score again, it was it was the men in light blue who marched on to their first ever Rainbow Cup final.

Vodacom Bulls No 8 Marcell Coetzee, who deputised for injured Springbok Duane Vermeulen, was again an influential figure and led from the front of a fairly youthful looking pack of forwards.

The home side got very little reward for their territory and possession especially in the first half, and they would have been disappointed to go in the break 13-10 down. 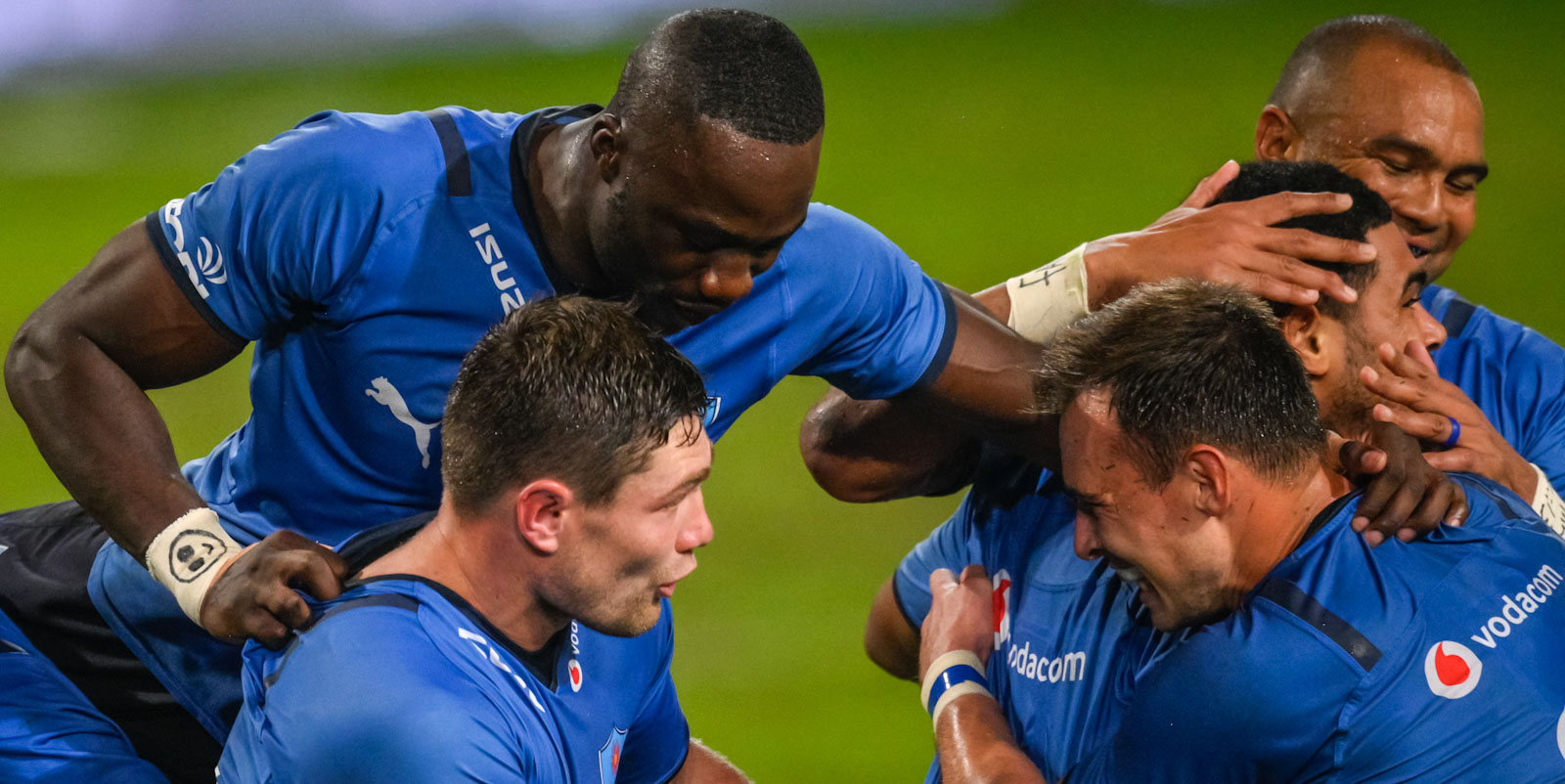 We are going to Italy...

After the break, Jake White's team piled on the pressure and managed to keep the scoreboard pressure on the home team.

Veteran midfielder Cornal Hendricks was again one of the stalwarts for the winning side and he was awarded with the official Man of the Match accolade, mainly for his excellent long-range try when he outstripped Curwin Bosch to win the race to the try line.

As a result of their deserved bonus-point triumph, the Vodacom Bulls finished on 25 points while the Cell C Sharks completed their campaign on 16 log points.

The DHL Stormers finished on 17 log points, while the Emirates Lions will remain on eight.

The PRO14 Rainbow Cup SA match between the Emirates Lions and DHL Stormers, scheduled for Cape Town Stadium on Saturday, has been cancelled in line with COVID-19 protocols.

The race for top spot in the PRO14 Rainbow Cup SA is going down to the wire as the Cell C Sharks and Vodacom Bulls meet in Durban on Saturday for a place in next weekend’s North v South final, with kick-off at Jonsson Kings Park set for 18h15.

Mr Mark Alexander, President of SA Rugby, paid tribute to former SARU prop George Smith, who passed away on Friday at the age of 72.

The Springboks wrapped up a productive opening training week on a high note in Bloemfontein on Friday as they gear towards their two Tests against Georgia and the Castle Lager Lions Series in July and August.

The Vodacom Bulls claimed top spot in the PRO14 Rainbow Cup SA in Durban on Saturday evening when they defeated the Cell C Sharks by 34-22 in the final match, and in the process booked their place in next weekend’s ‘North v South’ final in Italy.

SA Rugby and the British & Irish Lions have appointed Whisper Cymru, part of the award-winning Whisper Group, as production partner for the forthcoming Castle Lager Lions Series in South Africa.

As the Vodacom Bulls were confirming their status as South Africa’s best team and the country’s representatives in Saturday’s eagerly awaited Rainbow Cup Final, Leinster ended their season by drumming out a timely reminder of what awaits beyond the Treviso decider.

Detail vital as Boks step up preparations in Bloem

Springbok loose forward Marcell Coetzee will lead a strong Vodacom Bulls squad of 28 players - which include a total of six players who have worn the Green and Gold - on their quest to Italy for the Rainbow Cup final.

The Vodacom Bulls claimed top spot in the PRO14 Rainbow Cup SA in Durban on Saturday evening when they defeated the Cell C Sharks by 34-22 in the final match, and in the process booked their place in next weekend’s ‘North v South’ final in Italy.