The Springbok Sevens team will play Spain in the Cup quarter-finals of the HSBC Canada Sevens in BC Place in Vancouver on Sunday evening after they topped Pool A with a clean sweep of results on day one of the tournament.

The Blitzboks outplayed Mexico (53-0), Spain (34-7) and Kenya (33-14 – match reports here) on the opening day of the tournament, the first of two in the 2021 HSBC World Rugby Sevens Series, and according to Springbok Sevens coach Neil Powell, they will reset their focus and targets for the Spanish outfit.

“It is always a tough rebound when your first opponent you play on day two is one that have you beaten well the day before,” Powell explained.

“They are difficult opponents to play against, as they come of their defensive line really quick and put you under pressure. On Saturday, we did well to dominate them in that match, but we will not rest on our laurels come Sunday.

“They scored a try against us, something that spoiled our performance somewhat and we will do our homework to see where we slipped up in that regard.”

The opening win against Mexico was all about achieving their own standards and the tone they wanted to set for the remainder of the day, said Powell.

“We wanted to lay a good, solid foundation that we could play from and we managed that,” he said. 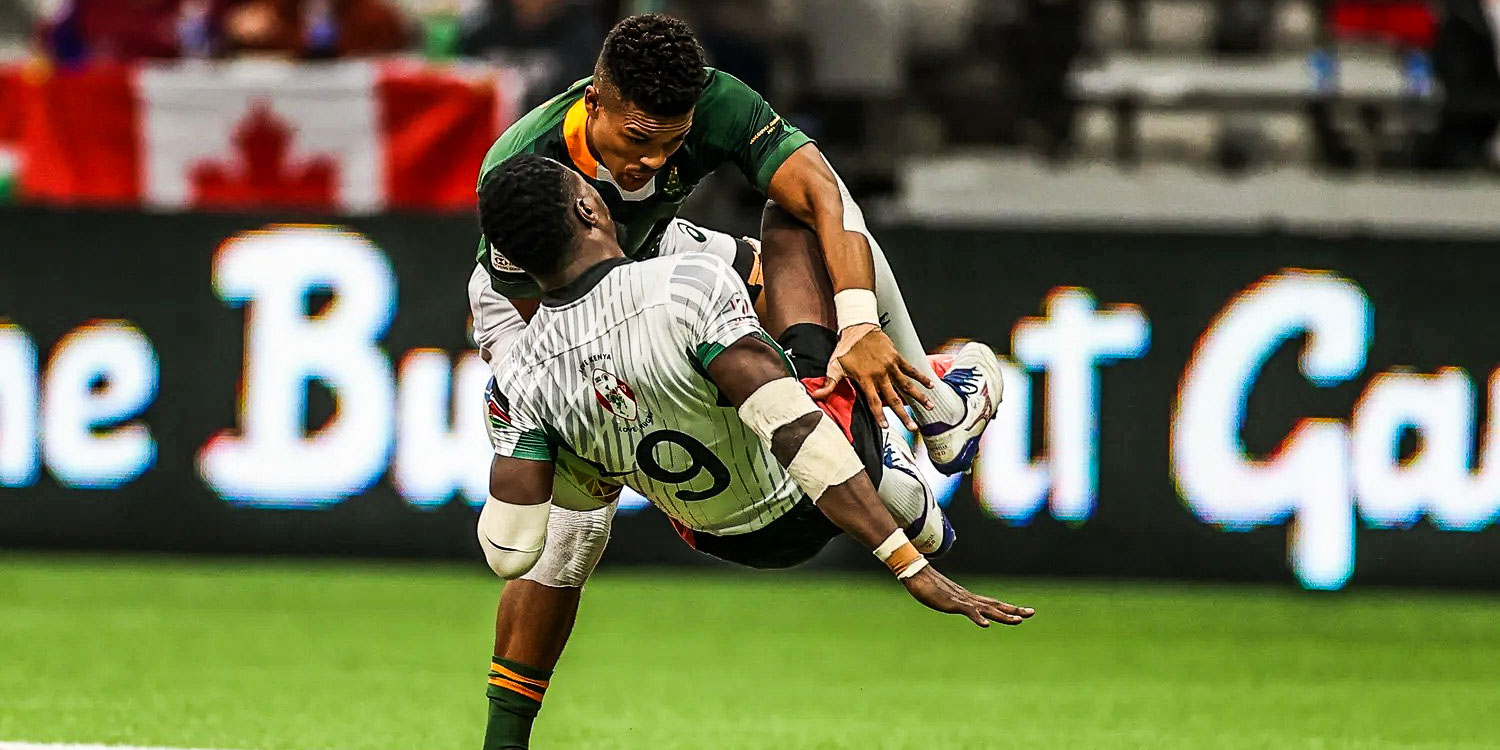 “The win against Kenya was very pleasing as the players showed very good effort. They are a very physical team, and I asked the players to make every contact situation a personal one and they did that.”

Kenya scored two tries in the second half of the match and Powell said they will analyse how it happened in order to eliminate any mistakes on Sunday.

“Overall, I was very pleased with the four debutants (Ronald Brown, Christie Grobbelaar, Darren Adonis and Shaun Williams) and how they shaped up,” said Powell.

“For many people they might be new faces, but for us they have been in our system for a year and even more, so we know their capabilities. It was a good effort overall.

“The second day of the tournament is always a challenging one, as the bodies are sore, but we are looking forward to a productive outing.”

The quarter-final schedule will see Ireland and Hong Kong clash (18h20 SA time) before the undefeated USA take on Kenya (18h42). Great Britain and Canada (19h04) will contest the third knock-out match before the Blitzboks’ clash against Spain clash as 19h26 (SA time).

The victors in the first two matches will play in the semi-final and the two winning teams in the last two quarter-finals will meet in the other top-four clash for a place in the final.

Springbok Sevens coach Neil Powell can’t wait for some form of normality to return when the Blitzboks start the defence ...

The Springbok Sevens won a fourth HSBC World Rugby Sevens Series when they completed the North American double by winnin...

Clean slate for Blitzboks in Edmonton...

The Springbok Sevens team topped Pool A after the opening day of the HSBC Canada Sevens at Edmonton’s Commonwealth Stadi...

Nienaber on Bok defeat: “We were not good enough”

Springbok coach Jacques Nienaber pulled no punches and offered no excuses after South Africa went down by 30-17 to the Wallabies in their Castle Lager Rugby Championship Test match in Brisbane on Saturday, admitting that they were outplayed in all areas.

An outstanding performance from a well-organised Australia inflicted a 30-17 defeat on the Springboks at the Suncorp Stadium in Brisbane on Saturday – their heaviest loss in 29 Tests since losing by the same margin to Argentina in Mendoza in 2018.

The Wallabies have won back the Nelson Mandela Challenge Plate with a 30-17 victory over the Springboks in their fourth round Castle Lager Rugby Championship Test at Suncorp Stadium in Brisbane.

Kolisi: "We are even more determined this week"

Siya Kolisi is confident the Springboks will deliver an improved performance against the Wallabies in their Castle Lager Rugby Championship showdown in Brisbane on Saturday as they keep their eyes firmly fixed on defending their title this season.

The Springbok Sevens team must focus on their own standards and efforts and not worry about the team lined up on the other side of the pitch when they run out at BC Place in Vancouver on Saturday, to start their 2021 HSBC World Rugby Sevens Series campaign.

Springbok assistant coach Deon Davids said they have made the necessary mental switch to their Test against New Zealand in Townsville on Saturday after identifying their errors against Australia and setting new goals for their last two Castle Lager Rugby Championship matches.

Wins for Bulls and Sharks; Lions and WP draw

The Vodacom Bulls are back at the top of the log in the SA Rugby U20 Cup after an important 39-17 win over the Leopards in Pretoria on Saturday, while two other contenders to the provincial crown, the Lions and DHL Western Province, played to a 24-all draw in Johannesburg and the Cell C Sharks found another gear in pulling away from Toyota Free State (46-18).

The Springbok Sevens team’s strong start to the 2021 HSBC World Rugby Sevens Series was a real boost for South African rugby supporters, but even more so was the impressive showing from the four debutants on display in Vancouver last weekend.

Nienaber on Bok defeat: “We were not good enough”

Springbok coach Jacques Nienaber pulled no punches and offered no excuses after South Africa went down by 30-17 to the Wallabies in their Castle Lager Rugby Championship Test match in Brisbane on Saturday, admitting that they were outplayed in all areas.