Springbok Women’s coach Stanley Raubenheimer has included experienced campaigners Nolusindiso Booi, Babalwa Latsha and Tayla Kinsey, who missed out on the Tests against Kenya earlier this year, in a squad of 33 players for the South Africans’ first overseas tour in four years.

The Springbok Women’s team will embark on a tour of Europe in November, with a Test against France in Vannes (6 November) and a clash against the Barbarians Women – as part of a unique double-header at Twickenham (27 November) – already confirmed.

The last time the Springbok Women toured outside the South African borders was in 2018, when they played matches against the UK Armed Forces, Wales, Spain and Italy.

The final travelling squad of 33 players and management will gather at the Tuks HPC in Pretoria on 26 October for a five-day camp, to begin their preparations for the tour, as well as a COVID testing schedule to mitigate risks pre-departure. They leave for Europe on 31 October.

Booi and Latsha have captained the Springbok Women in previous seasons, while Kinsey featured in the 2014 RWC. None of them featured in the Tests against Kenya last month, and they will add valuable leadership and experience to the squad.

Furthermore, Rights Mkhari – a Springbok Women’s Sevens representative just like Roos – is also back in the mix after missing out on playing against the East Africans earlier this year.

“I’m satisfied that the best available players have been included in the squad, and I trust the ladies who are returning from injury will be ready for the tour,” said Raubenheimer. 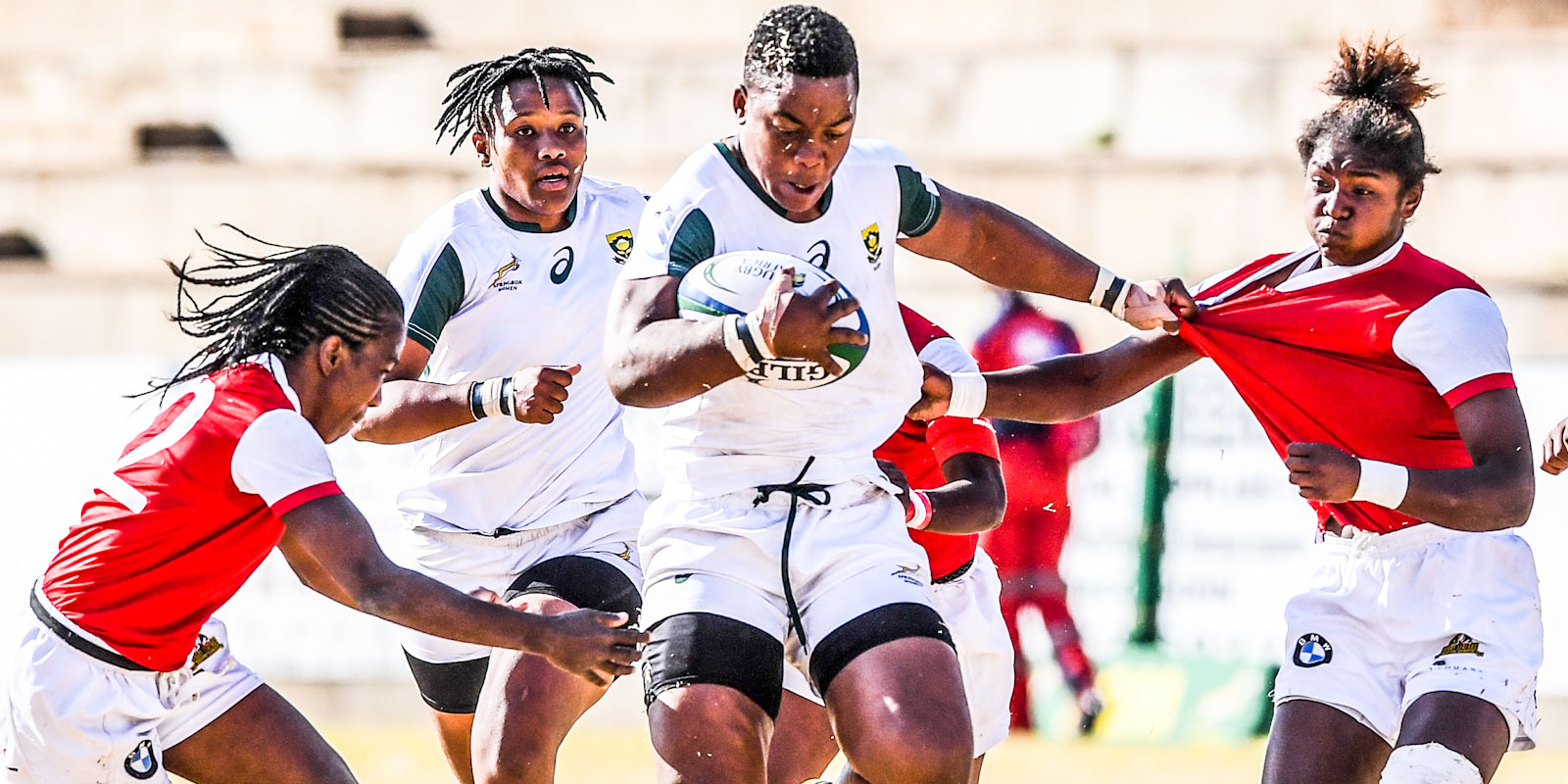 “It’s great to have a number of our more experienced and exciting players back. We’ve kept a keen eye on the progress made by Nolusindiso, Babalwa and Tayla after they missed out on facing Kenya, and it will be good to have them with us in Europe as they know what it’s all about.

“The Test series against Kenya was a great way for the ladies to return to international action after a very tough Women’s Premier Division competition earlier this year, but the next step in our Rugby World Cup 2022 plan is to travel abroad and get the players to experience rugby in different conditions, against very strong opposition.

“All 33 of these players were part of our previous camp, when we played two Tests against Kenya, and they have been on a strict training and testing programme outlined by our strength and condition coach, Naasier Parker, while they also attend regional skills sessions, to ensure we hit the ground running at the end of October.”

Johannes Haupt will work with Raubenheimer and his assistant coaches, Eddie Myners and Lungisa Kama, on the tour as they build towards next year’s Rugby World Cup in New Zealand. 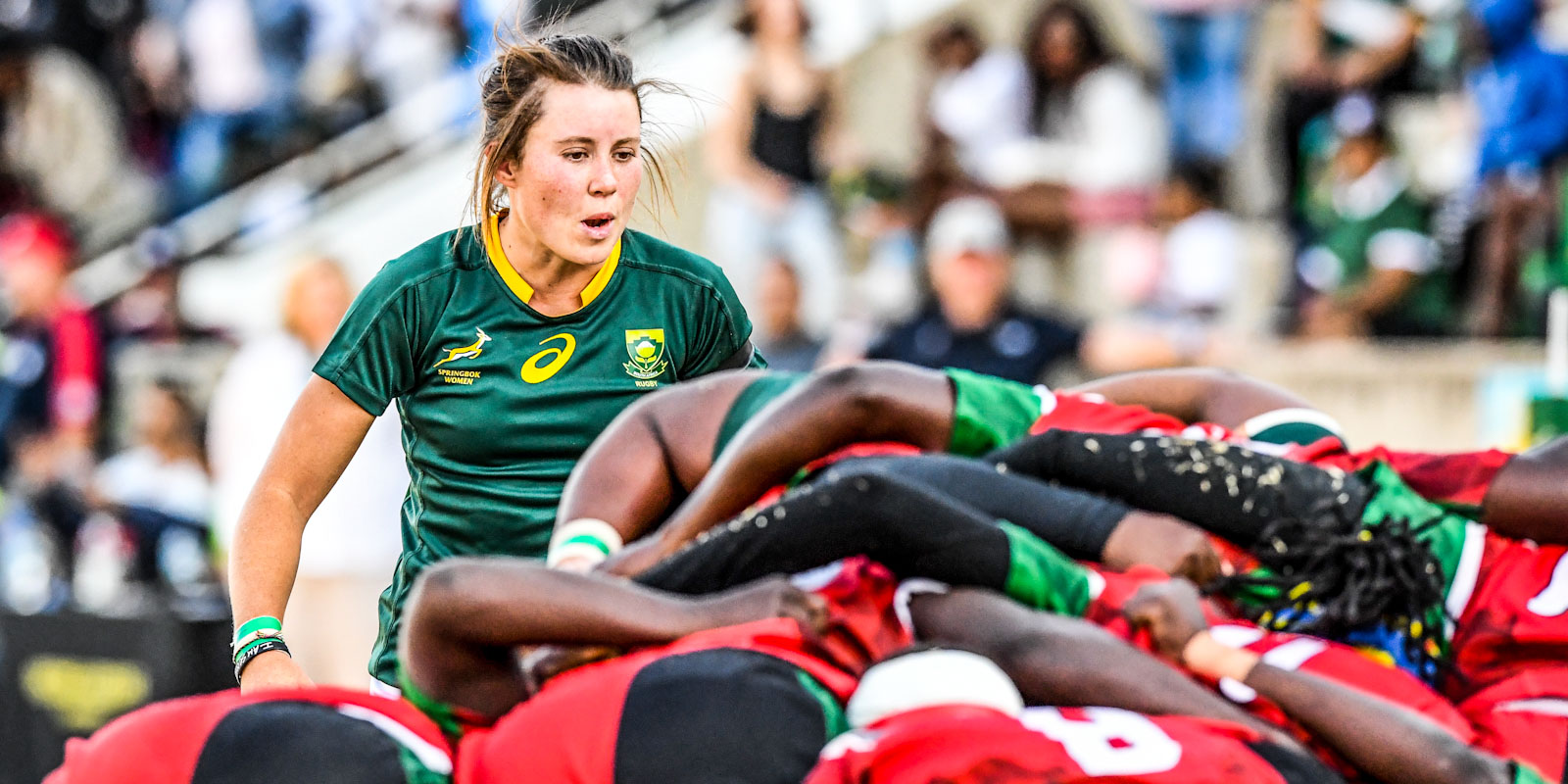 South Africa is well represented on the match official panels for the November internationals – where AJ Jacobs will be ...

The Springbok Women will face Wales in Cardiff as part of their European tour in November, adding to the two fixtures al...

Springbok speedster Cheslin Kolbe has walked away with the Players’ Player of the Year Award for 2021, while Springbok W...

The Springbok Sevens won a fourth HSBC World Rugby Sevens Series when they completed the North American double by winning the second of two HSBC Canada Sevens tournaments, in Edmonton on Sunday.

Etzebeth: "Our motivation is to play for SA"

Eben Etzebeth says the Springboks will be driven by the pride and passion of representing South Africa when they line up against New Zealand in their final Castle Lager Rugby Championship clash in Gold Coast on Saturday.

Snyman’s return massive for Munster, and the Boks

The return to the playing field of Springbok lock RG Snyman may have been a footnote in Munster's 42-17 Vodacom United Rugby Championship opening win over the Cell C Sharks on Saturday, but for more reasons than one it was massive.

Springbok Sevens coach Neil Powell said a magnificent team effort steered the Blitzboks to the HSBC Canada Sevens title in Edmonton this weekend, a victory that also secured the South Africans the 2021 World Rugby Sevens Series title for the fourth time in their history.

Clean slate for Blitzboks in Edmonton

The Springbok Sevens team topped Pool A after the opening day of the HSBC Canada Sevens at Edmonton’s Commonwealth Stadium on Saturday, with commanding wins over Mexico, Hong Kong and Canada.

Boks back their plan in return against All Blacks

The Springboks are backing their systems and style of play as they look to wrap up their Castle Lager Rugby Championship campaign on a winning note against New Zealand in Gold Coast on Saturday.

Springbok Women's centre Zintle Mpupha has signed a one-year deal with English club Exeter Chiefs, making her the second South African female player to pen a professional deal in Europe in a move that was welcomed by SA Rugby.

Three teams book their spots in U20 semi-finals

The sixth round of the SA Rugby U20 Cup delivered two dramatic second half performances in which the Lions and DHL Western Province sealed their semi-final spots in the competition with one round to play.

All Blacks coach Ian Foster has made three changes to his backline for Saturday's second Castle Lager Rugby Championship Test against the Springboks in Gold Coast, with Brad Weber, Anton Lienert-Brown and Sevu Reece all earning starting places.

The Springboks need to stick their strengths and deliver an accurate performance in all areas of their game for the full 80 minutes as they attempt to bounce back strongly against the All Blacks in their final Castle Lager Rugby Championship match in Gold Coast on Saturday, according to Ox Nché.

The Springbok Sevens won a fourth HSBC World Rugby Sevens Series when they completed the North American double by winning the second of two HSBC Canada Sevens tournaments, in Edmonton on Sunday.

Boks back their plan in return against All Blacks

The Springboks are backing their systems and style of play as they look to wrap up their Castle Lager Rugby Championship campaign on a winning note against New Zealand in Gold Coast on Saturday.