The second helping at Christmas lunch and celebrating New Year's with loved ones and family are in the past, with the Springbok Sevens squad back at training and focussing on their next assignment - two tournaments in Spain in the 2022 HSBC World Rugby Sevens Series.

And, says Blitzboks forward Impi Visser, building on their good start in the World Series, the urge to keep setting new standards and a personal drive to play in the Commonwealth Games and Rugby World Cup Sevens tournaments later this year, made returning to the training field an easy one.

Visser, who played in the recent Dubai events where the South Africans won back-to-back tournaments to jump into the overall standings lead, feels that a lot of hard work is still needed if the squad want to achieve all the goals they have set for themselves for the year, with some of those starting in a very hot Stellenbosch already.

"I don't think we lost momentum due to the festivities,” said Visser.

“Everyone knew that it remained important to stay in shape over the short break and we are all determined to make the best of the year to come.

“I personally would love nothing more than to represent South Africa at the Commonwealth Games in Manchester and the Rugby World Cup Sevens in Cape Town later in the year.

"Obviously, I would also love to play in as many tournaments in the World Series as possible, although there might be some rotation in the squad during the season," Visser added.

For now, the 26-year-old mechanical engineer graduate would love nothing more than adding to the 76 matches in the green and gold, and the 15 tournaments he has played for South Africa.

"Having missed out on tournaments due to injury before, I know how that feels,” he said.

“Although it remains a squad effort from everyone at our base and it is never only the travelling team that should get the plaudits, you want to be on that field playing.

“This time around, with none of us having been to Spain, it will be great to be in the squad." 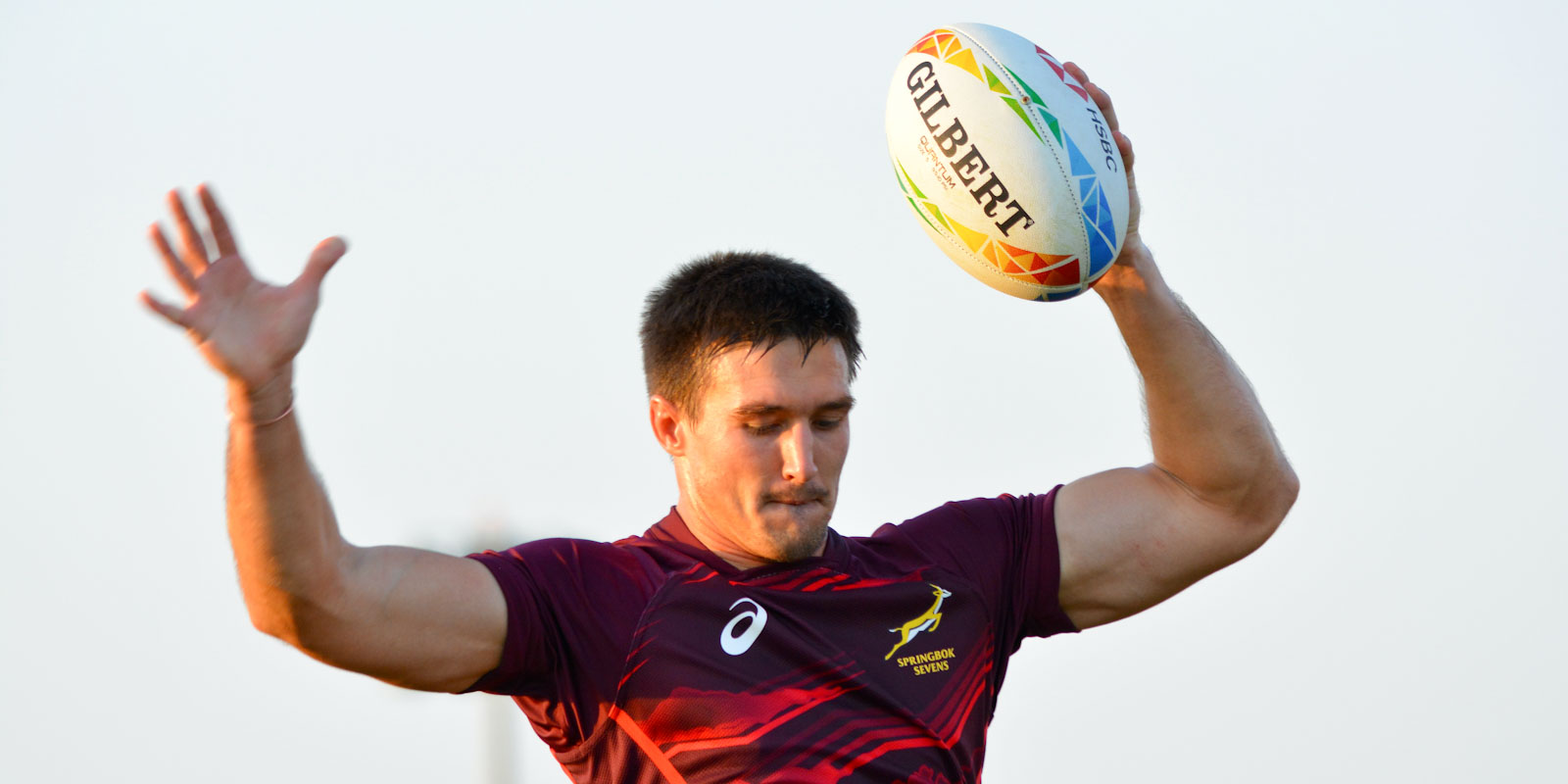 Impi Visser on the training field.

Visser said the Spanish trip will have other advantages: "Normally, this time of the year we are preparing to go to New Zealand and Australia, two tournaments that are pretty tough to play at because of the jet lag. With Spain, that will not be an issue and that is something we are looking forward to."

South Africa will be first seeds in Malaga - a new stop for the World Series - and will have Fiji, England and Scotland in their group when the action starts on 21 January.

"We don't really mind who we play as the focus is on ourselves and what we want to achieve,” said Visser.

“We want to dominate the World Series this year, so every game is very important in that regard. Our successes in Dubai and even Canada before that will not be a burden, rather it will drive the motivation to be the best team on the circuit.”

The squad to travel to Spain on 16 January will be announced next week.

Every player that was part of the Springbok Sevens squad that won the Commonwealth Games gold medal this weekend had a d...

Relief and gratitude for Powell in Birmingham...

Springbok Sevens coach Neil Powell praised all 13 members of the Blitzbok squad for their superb performance at the Comm...

The Springbok Sevens team won the gold medal at the Rugby Sevens event of the Commonwealth Games when they produced a br...

The Springbok Sevens were in firm control of their Commonwealth Games quarter-final on Saturday evening as they beat Can...

The Springbok Sevens team have qualified for the Commonwealth Games quarter-finals after they beat Tonga (36-5) and Mala...

SA Rugby joins chorus of condolences for “the Arch”

SA Rugby joined the global chorus of tributes being paid on Sunday to Archbishop Emeritus Desmond Tutu, who has passed away at the age of 90.

Vodacom URC schedule confirmed up to Round 17

Scheduling for the Vodacom United Rugby Championship up to Round 17 has been completed with adjustments made to cater for postponed and rescheduled fixtures, organisers announced on Monday.

Five star Springboks – Lukhanyo Am, Damian de Allende, Eben Etzebeth, Siya Kolisi and Makazole Mapimpi – are up against each other for the coveted SA Rugby Player of the Year award for 2021 after earning the most votes in the annual nomination process.

Vote now for the Castle Lager Test Try of the Year

Supporters can have their voices heard by voting for the Castle Lager Test Try of the Year - videos of all the finalists are below as well as the voting mechanisms. Great prizes are up for grabs and T&Cs apply.

Edinburgh surged to the top of the Vodacom United Rugby Championship standings as they walloped Cardiff on Saturday to move past Leinster.

The 2022-edition of the Carling Currie Cup kicks off in a groundbreaking new “window” on Friday night and featuring an exciting new initiative with the introduction of the “Discovering Champions” video series, featuring Springbok head coach Jacques Nienaber and his assistants, Deon Davids and Mzwandile Stick, as the competition lifts off.

Springbok Sevens playmaker Justin Geduld will return to the HSBC World Rugby Sevens Series for the first time in two years after being named in the Blitzboks squad to contest the two forthcoming tournaments in Malaga and Seville in Spain later this month.

The FNB Varsity Cup will be staged at universities around the country for the first time since 2020 when the 15th instalment of this ground-breaking tournament kicks off on 14 February.

The Vodacom Bulls scored a bonus-point 33-19 win over the Pumas in their opening Carling Currie Cup match played in persistent rain at the Mbombela Stadium on Friday evening.

SA Rugby joins chorus of condolences for “the Arch”

SA Rugby joined the global chorus of tributes being paid on Sunday to Archbishop Emeritus Desmond Tutu, who has passed away at the age of 90.

Edinburgh surged to the top of the Vodacom United Rugby Championship standings as they walloped Cardiff on Saturday to move past Leinster.