Several years later, the Springbok Women’s scrumhalf is in line to play her way into the national women’s team for the 2021 Rugby World Cup in New Zealand and over and above that she is one of the contracted Springbok Women’s Sevens players.

Thanks to her dedication to her training and fitness, she has retained her spot as a professional player since, while her selection for the 15s team in the Rugby Africa Women’s Cup in 2019 – which served as the Rugby World Cup Qualifier – has sparked her desire to continue make her presence felt in the 15s code.

“Rugby changed my life by showing me that you don't have to settle for less than what you are,” said Simmers.

“The opportunities the sport have presented and having the honour of playing for my country, have been priceless.

“I have travelled the world, met amazing people and experienced a number of different cultures.

“And on the field, rugby taught me that you can be at your best one day and at your worst the next day, but how you bounce back determines your character.

“I apply that same principle in life.”

The qualified fitness instructor and traffic management officer’s route to rugby is somewhat different from that of most of her team-mates, as she had to carve out her own path in the game.

“Women's rugby was not big in our community when I was growing up so we started our own rugby club to try something different,” she said. 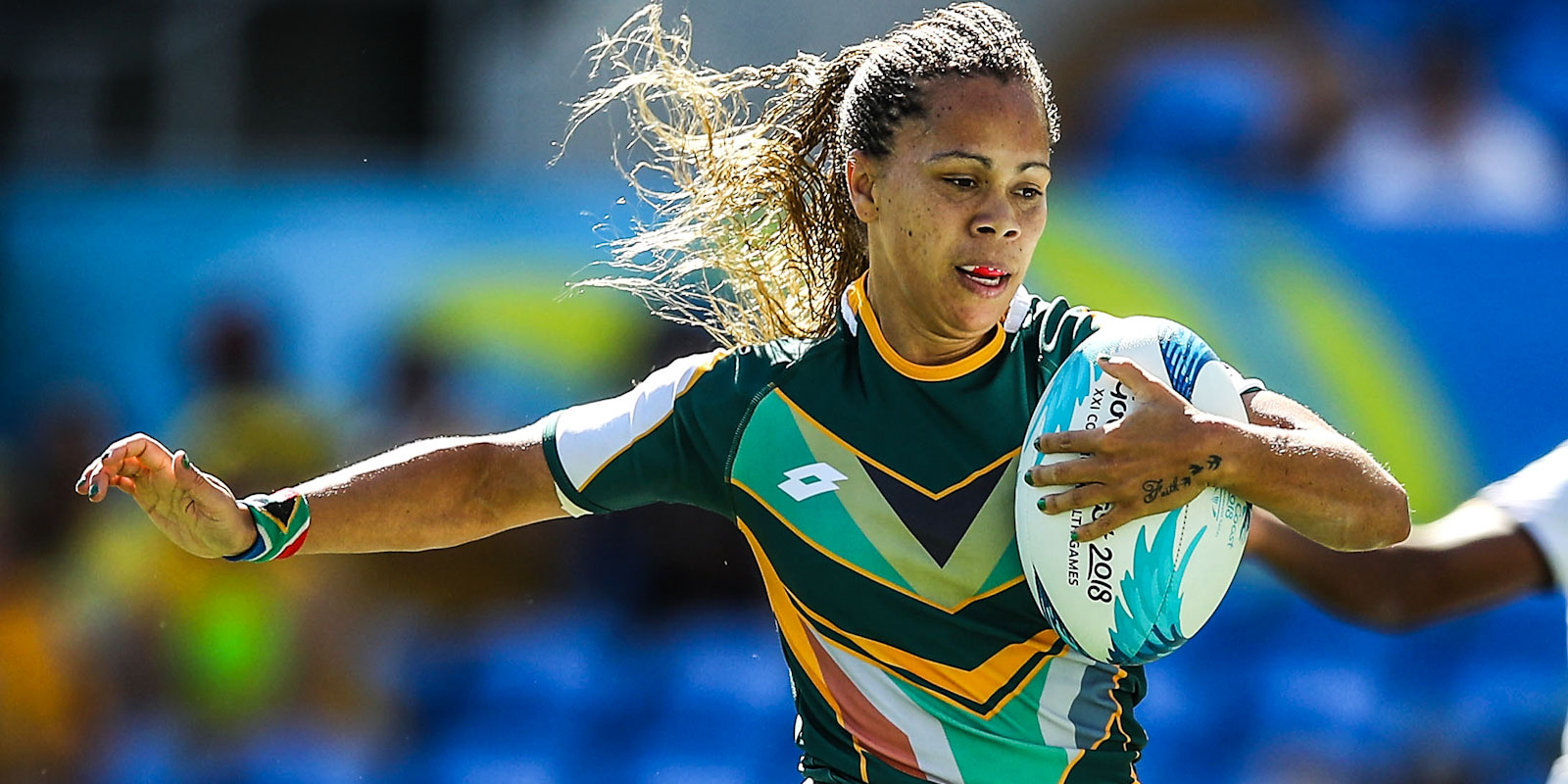 “We had a rugby field, but it was very far from home, so getting there was a challenge at times.”

That was not the only challenge for Simmers. She also faced the daunting task of trying to convince her parents it was acceptable for a woman to play rugby.

“The biggest challenge I faced was convincing my parents that rugby is a sport for males and females,” said Simmers.

“Funny enough, after getting that right my mother (Barbara Muller) proved to be the most influential person in my rugby career.

“I never wanted to disappoint her so I would always work harder to make her proud.”

She may have been in the rugby system for several years but Simmers’ drive to succeed has not faded, and she has now set her sights on earning a spot in Springbok Women’s coach Stanley Raubenheimer’s squad for the 2021 international showpiece.

“Playing for the Springbok Women's team is an honour and privilege,” she said.

“Only a handful of players get the opportunity to represent their country, so I'm very humble and grateful to be part of the national women’s set-up.

“Scoring my first try on debut in the Nations Cup in 2013 and qualifying for the 2021 Rugby World Cup are among the main highlights of my career, and looking forward, I would love to compete in next year's World Cup.”

Tears expected! Watch the incredible story behind Makazole Mapimpi's historic try in the Rugby World Cup final, and the story behind the numbers on the back of the Springboks' jerseys.

The Vodacom Super Rugby Unlocked third round match between the Emirates Lions and the Toyota Cheetahs, which was called off in line with COVID-19 protocols, has been declared a draw.

Toyota Cheetahs head coach Hawies Fourie has made some minor tweaks to his match squad for Friday evening's Vodacom Super Rugby Unlocked match against the Cell C Sharks in Durban.