The match was subsequently called completed after no rugby was possible for the 30 minutes following the decision by referee AJ Jacobs to call the teams off the field, with the Vodacom Bulls -  having posted five unanswered tries to none past their Cape visitors - declared as winners.

The Pretoria side confirmed their top spot on the log after four rounds by bagging another bonus point victory to edge them ahead of the pack.

For this commanding, albeit strange victory, credit must go to veteran flyhalf, Morné Steyn, who delivered a masterclass in attacking play and tactical kicking. Steyn, bolstered by his rampant pack, had his backline firing on all cylinders and they outplayed the team from the Western Cape with ease.

The early exchanges were pretty even though, with no indication of the carnage that was to follow. An early attack from the blue jerseys got them a reward when the visitors did not roll away from a tackle and Steyn slotted a penalty goal from 40 meters out to hand the home side the early advantage.

The Cape side got a similar penalty from the resulting kick-off and flyhalf Damian Willemse copied Steyn's effort to draw scores level.

Both teams showed an early willingness to run while on the counter-attack with Steyn and Warrick Gelant (fullback) playing the field position stakes. This resulted in a chess game early on, with both sides waiting for the opponent to make a mistake. 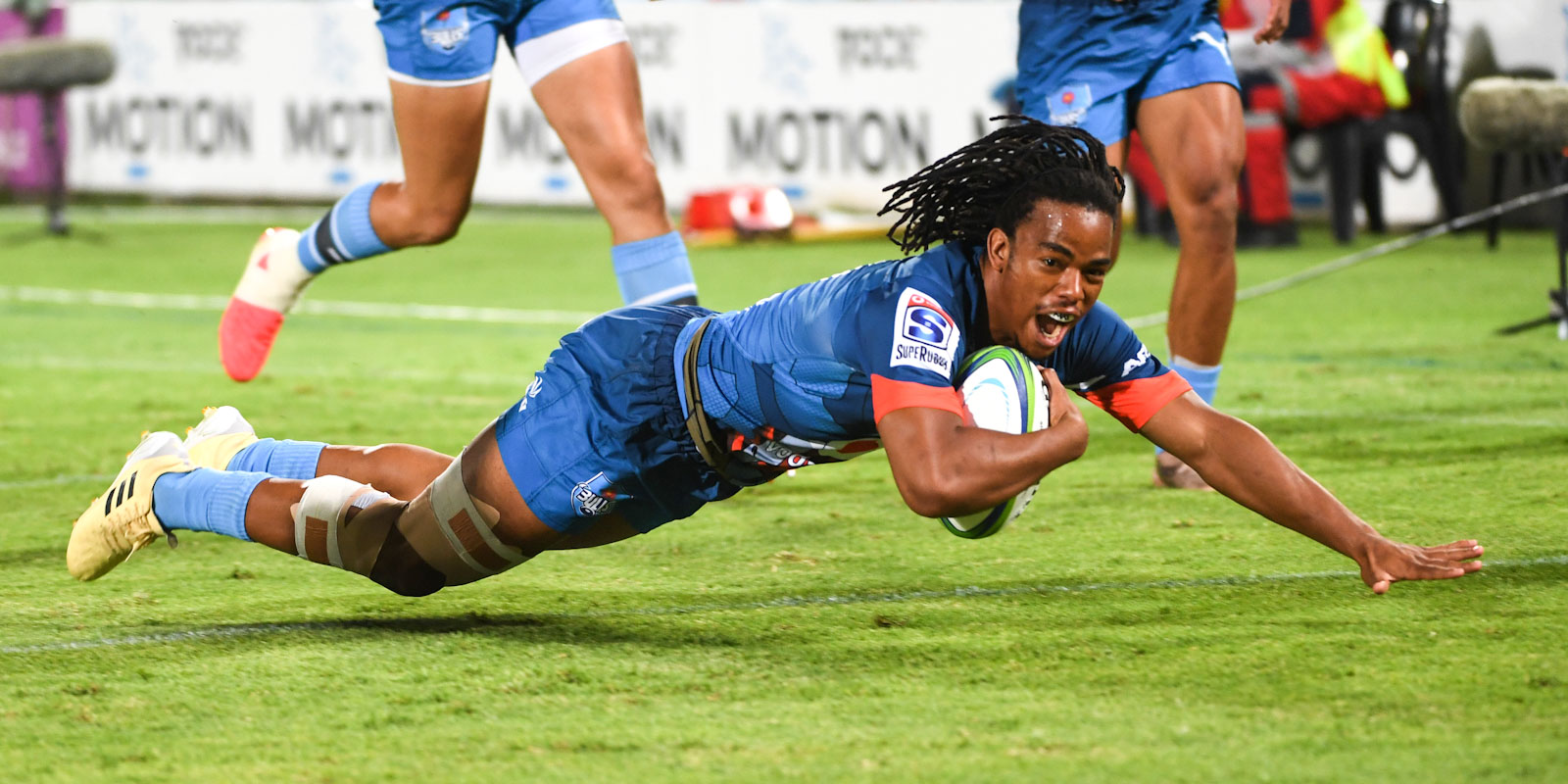 The Bulls blinked first with the Stormers on attack near the blue line and Willemse slotted his second from right in front to give his side the lead for the first time after almost 15 minutes played.

That was equaled out in the next phase of play. The home side attacked after the restart, Travis Ismaiel won the ball back and when the visitors offended at the ruck, Steyn stepped up for his second successful penalty of the evening.

The home line-out drive proved effective and even decisive and not only gained them good ground, but some good attacking options as well. This resulted in the opening try after 22 minutes scored by Johan Grobbelaar after pack drove powerfully following an attacking line-out. Steyn added the conversion.

Their second try was textbook rugby. Scrumhalf Ivan van Zyl added some sting to his running game and it hurt the Cape side 30 minutes in. He sniped around the side of the scrum, committed and managed to beat no less than four defenders.

When the ball was moved down the line Steyn found Stedman Gans, who just needed to drop over the line, with a back flip pass. Steyn then converted from a tight angle to stretch the lead to 20-6.

The home side clearly had the edge on attack and from another backline thrust, Van Zyl was a grateful final receiver to score four minutes later. Winger Kurt-Lee Arendse came off his line and exploded through a gap, he found Gans who managed the off-load to Van Zyl. 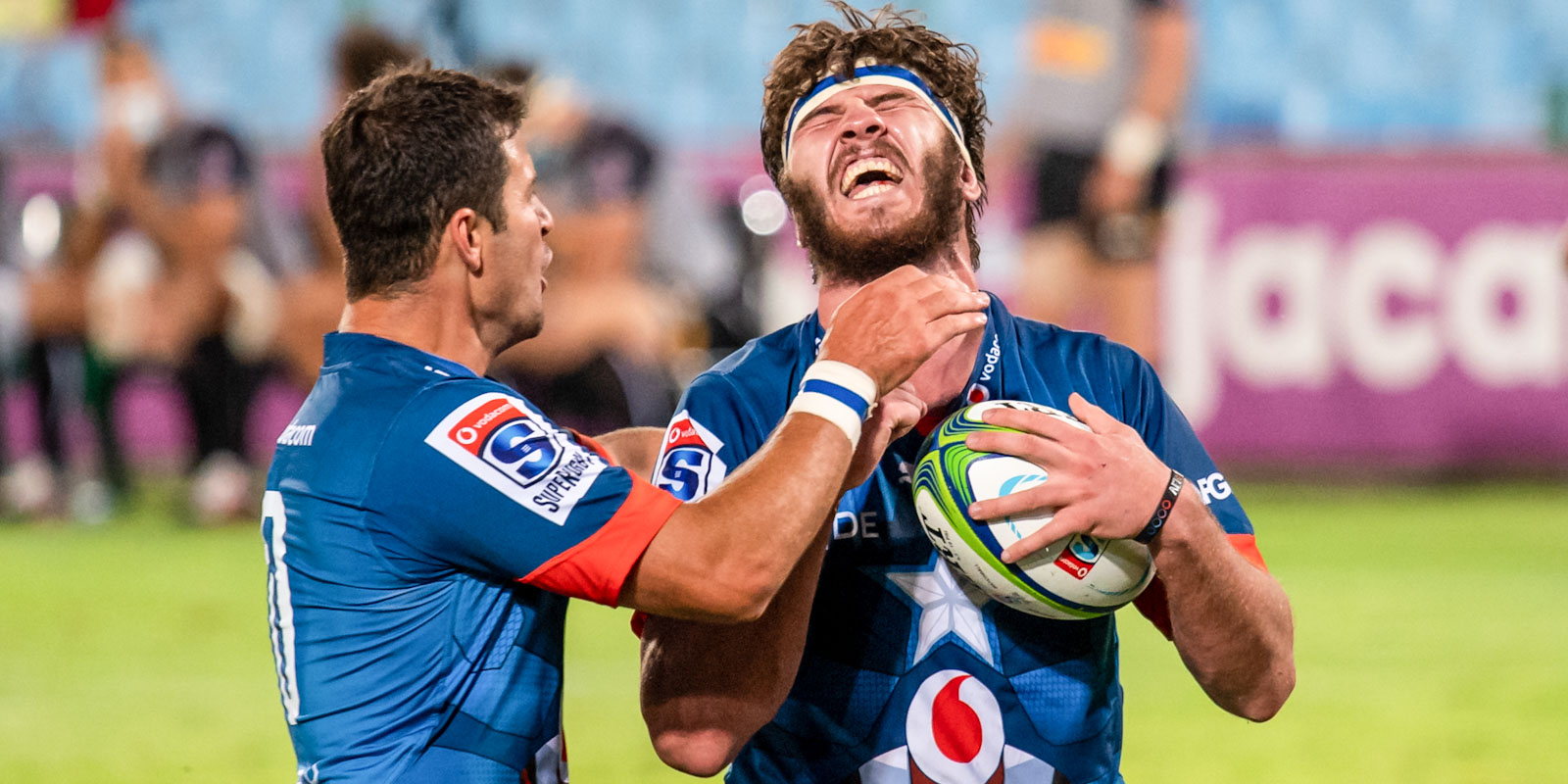 Suddenly the 25-6 score-line looked ominous for the visitors.

In trying to get something out of their scrappy possession, the DHL Stormers conceded possession in their half and again the home side provided a slam dunk. A number of semi-breaks and a delightful chip and gather kick by Steyn saw lock Ruan Nortje dotting down under the sticks for their fourth try.

The experienced Steyn slotted the conversion to ease the home side into a 32-6 halftime lead. Steyn did miss from long range after the halftime hooter to extend that lead, but it was clear who was in control at Loftus.

The visitors had to make 50 tackles in the first half already, but their attacking efforts faltered due to a lack of possession and field position. They did  try their hardest once play resumed for the second half, but with Marco van Staden and Duane Vermeulen particularly effective, numerous attacks ended in breakdown penalties to the defending Bulls.

A commanding maul by the Bulls exploded them into their second half scoring action. The pack drove all of 30 meters and when the ball was spread to the backs, Steyn found Gans with another delightful chip into space, affording the center his second brace in as many matches.

The match was truly won at this stage, but before coach Jake White could follow the example of DHL Stormers coach, John Dobson, to call reinforcements off the bench, the call of dangerous weather approaching was received.

The competition rules constituted a match result in such circumstances and the match was therefore declared completed.

The Emirates Lions registered their first win of the Vodacom Super Rugby Unlocked campaign when they defeated visiting Tafel Lager Griquas 61-31 after leading 28-3 at halftime in their fourth-round encounter at Emirates Airline Park on Friday.

Most rugby players dream of participating in a Rugby World Cup, and a handful of Springbok Women’s players may have the luxury of playing in one or two, but for Zenay Jordaan, a potential sixth RWC appearance is looming.